When do demonstrations become a revolution? We romanticise the failures of the Arab Spring. But success has its costs, too. In the modern Middle East, only the Iranian Revolution has succeeded in bringing a new ruling class to power. But the 1979 revolution failed to bring about what the philosopher Michel Foucault predicted would be a new political dawn – instead, it marked the eclipse of both Persian constitutionalism and the republican nationalism of former prime minister Muhammed Mossadeq.

In the Arab world, there has been no equivalent. The series of revolutions from 1949 in Syria to 1969 in Libya were military coups, while the Arab Spring was followed by a rebooted authoritarianism across the region. There are now new mass uprisings in four countries that were largely spared in 2011 – Algeria, Sudan, Iraq and Lebanon. Will it be different this time?

Surveys such as the Arab Barometer and the demonstrators themselves tell us that the underlying discontents are the same as in 2011: corruption, oppressive and incompetent government and the absence of meaningful opportunities for youthful populations (the median age in Sudan is 19, in Iraq 21, in Algeria 28 and in Lebanon 29). Since 2014, oil prices have halved and economic growth has slowed. Public debt, youth unemployment and environmental degradation have increased.

This second generation of demonstrators is overwhelmingly young – in Iraq, they’re mostly aged between 17 and 25 – but increasingly has support across generational and religious lines. They don’t remember the Lebanese Civil War or the agonies of Saddam Hussein’s rule. But they have learned lessons from their immediate predecessors: they see the enemy not as an individual but a system, a deep state where paramilitary force is disguised as Potemkin democracy.

So far, protesters have avoided the dangers of sectarianism and kindled lines of solidarity that cut across national and religious divides. In Beirut, demonstrators chant kullun ya’nii kullun (“everyone means everyone”), an accusation aimed at Hezbollah as much as anyone else. The Sunni city Tripoli chants support for the Shia city Tyre; in Baghdad, a slogan reads law ihna, law intoo (“it’s either us or you”), where “us” refers to the people. When Iraq scored the winning goal against Iran in a recent World Cup qualifier, Tahrir Square erupted. Football supporters chanted they were neither Saudis nor Iranian – but Iraqis.

We’ve seen fleeting glimpses of such solidarity before – during the Cedar Revolution in Lebanon in 2005, for example – but never on so broad a scale. For ruling elites, the new rebellions are a test of nerve. Repression has a long history. The former Egyptian prime minister Gamal Abdel Nasser quashed the Muslim Brotherhood during the 1950s. Hafez al-Assad destroyed an Islamist uprising in Syria some 30 years later. Saddam Hussein’s faith campaign of the 1990s disguised violence as devotion. Will such strategies still work, now the coercive powers of Middle Eastern states are under greater pressure than ever before?

So far, they have not done so. Over the past seven weeks demonstrators in Iraq and Lebanon have stood their ground, calling for jobs and housing, for the government to resign, and for investigations into corruption. Cutting the internet hasn’t stopped them. Religious leaders in Iraq have expressed support for the protesters; in a remarkable rebuff to Iraq’s Islamist power-brokers, the hugely respected Grand Ayatollah Sistani has located the source of political legitimacy in popular consent. Prime Minister Adel Abdul-Mahdi, who owes his position to an Iranian-backed deal between two of the major Shia blocs, has alternated between political bluster and unrealistic promises of generous state spending.

But for popular protest movements to succeed, they need credible leaders, programmes of reform and at least some control over the levers of power. In neither Iraq nor Lebanon are these factors yet apparent. Moreover, Iran’s deadly Revolutionary Guard stands behind the agents of repression. Hundreds of people have already been killed in Iraq (see page 29), and thousands wounded. In Lebanon, Hezbollah thugs have attacked fellow Shia.

Still, the demonstrators advance. In Iraq they sing patriotic songs from the 1980s, burn and beat images of Ayatollah Khamenei and the Islamic Revolutionary Guard Corps’ Qassem Soleimani and attack the Iranian consulate in Karbala. Perhaps most intriguingly, Iraqis, Lebanese and now Iranians are expressing solidarity with each other. This connectivity is new: people are beginning to whisper that the protests could mark the end of the Soleimani model – the brutal paramilitary repression of dissent, perfected in Iran – across the region.

These regimes have nowhere else to go.  They dare not show weakness as the shah did 40 years ago. But a switch has tripped. It’s no longer Islamist ideologues or conspiratorial populists who are driving what’s happening in Lebanon and Iraq – or Algeria, or Sudan. It’s ordinary people. They may still shout allahu akbar but they’re done with false prophets. They want better lives and a better political order. They may not break through today. But when they manage to organise, some day they will.

Read the rest of our world in revolt series here 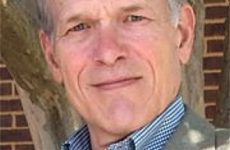 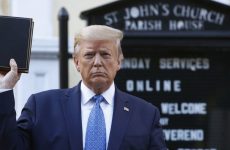 Steve Warren: Support for Trump does not speak well of Christians