Q: I grew up an orphan and was taught many different religious beliefs. Now that I am an adult, I’m more confused than ever and cannot seem to sort out the truth. There are many religions that worship different Gods than the God of Christianity who promises to never leave His followers. Do other Gods promise their followers constant companionship? How can I know if Jesus is really the right God? – D.K.

A: When it comes to promises, it’s interesting to contrast God’s words with religious and philosophical leaders. When Socrates was about to die, one of his disciples mourned that he was leaving his followers orphans. The leaders of the world’s religions were unable to promise that they would never leave their followers. Jesus said: “I will not leave you as orphans; I will come to you” (John 14:18).

The Bible is filled with promises from the Son of God, Jesus Christ, who said, “He who believes in Me, believes… in Him who sent Me…. I have come as a light into the world… I have not spoken on My own authority; but the Father who sent Me… I and My Father are one” (John 12:44-49, John 10:30).

What distinguishes Christianity from all the religions of the world? It carries the truth of redemption by the death of our Savior for our sins on the cross; it carries the fact that Christ rose again. Religion can be anything. But true Christianity is God coming to mankind in a personal relationship, and this is where His promise is certain, “I will never leave you or forsake you” (Hebrews 13:5). He is the One and only God (Isaiah 45:5). Trust in Him today. 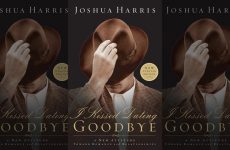 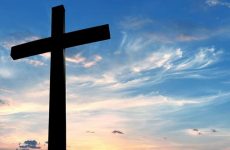