URBANDALE, Iowa– As a high school student at Des Moines Christian, Blake Stanley said they were always taught to use their gifts for the glory of God. This led him to use his creativity and entrepreneurial spirit to serve his faith.

Stanley saw the ways in which people promoted Christ to young people, and thought it wasn’t quite cool enough.

“There was all these Christian t-shirts out there that were really cheesy,” Stanley said.

This is when he decided to make his own Christian clothing line to spread the word of Christ. He named it, BLDR, otherwise known as the birth, life, death, and resurrection of Christ.

“My whole desire is for people to get excited about wearing something and not just because the message but because of how it looks,” Stanley said.

Stanley mentioned that his friends and family were first apprehensive about BLDR, not wanting him to be judged off of sharing his faith. Though in the beginning, he didn’t get much support or money from this business venture, Stanley’s customers inspired him to keep going.

“The stories that people would share with me of how they’re making an impact with their shirt and if they’re able to share the story of salvation and the story of what they believe in, with others is what kept me motivated,” Stanley said.

Now two years later, Stanley has taken a year off of college to focus on his mission of spreading the word of Christ throughout Des Moines. He donates 25% of his proceeds to causes like The Salt Network, which plants churches on college campuses nationwide.

“Romans 1:16 says for I’m not ashamed of the gospel for it’s power of God through salvation through who believe, and I want to live that out,” Stanley said. “I want to be unashamed of my faith and what I believe in.”

Stanley will have his first pop up shop of the year on March 7th at Freedom Blend Coffee, to learn more about BLDR, visit this link. 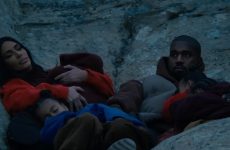 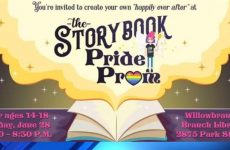 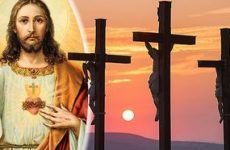