According to a report in the Sydney Morning Herald, Essendon president David Barham asked Thorburn to choose between being CEO and his chairmanship of the church.

After his resignation, Thorburn said, “It became clear to me that my personal Christian faith is not tolerated or permitted in the public square, at least by some and perhaps by many.”

In a statement published Wednesday, Archbishop Peter Comensoli of Melbourne said, “This situation sends a chilling message to ordinary faith believers, … that they can’t be trusted to exercise leadership and service in the community. I offer a word of encouragement to them.”

“But frankly, if Essendon can’t be inclusive and fair to supporters who hold a religious faith, maybe it’s time to find a new club,” he added.

In the State of Victoria, where Australian rules football is simply “the footy” and enjoys fervent devotion and an egalitarian and inclusive reputation, the archbishop’s words drove home his central point: “This has been a polarizing and divisive moment. It has not been about respecting diversity.” 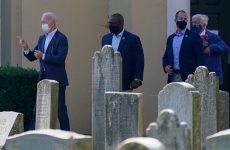 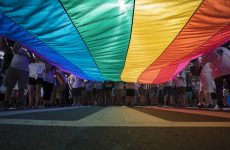