If one doesn’t like what is being said, just label it “oppressive” or “hate speech” and hopefully, the offending party will just shut up. The goal is no longer to just silence speech. The new goal is to force acceptance of any and all lifestyles regardless of the resulting harm such a worldview will inevitably cause.

There’s a growing trend to label Christians, especially White Christians, as oppressive or “White nationalists” as if loving your country is now a “cultural sin” of sorts. Of course, the root cause of this cultural disdain is really directed at God.

People hate being held accountable, especially when it comes to a standard that is impossible to meet in their own strength. When a holy God says your way of living is sinful, the natural flesh reaction is now to label God as an “oppressor” who needs to be removed from all aspects of civil discourse.

The natural extension of this thinking is to also attempt to silence, cancel or even prosecute those who follow God’s standard. This now includes parents who stand up for common sense and decency in our publicly funded government schools into which every form of unholy indoctrination has crept in. In fact, what used to be secretly brought in through the back doors of our public schools is now openly and proudly paraded through the front doors as policies that promote highly sexualized material as being necessary for the diverse, equitable and inclusive materials, books and curriculum needed to “properly” educate the current generation of social justice warriors.

What happened to just teaching core academics? Why do we have pride flags now outnumbering American flags in our classrooms? In one local Loudoun County, Va., elementary school, the large pride flag with an upraised black fist and phrase “Love Always Wins” is prominently displayed over the music room’s piano while the teacher proudly displayed pictures of him and his gay lover’s personal life to elementary age children.

These children are slowly becoming numb to tradition and godly, values taught by their parents at home and slowly are being indoctrinated over their 16,000 hours of government-sponsored “education.”

Forced indoctrination and normalizing of non-traditional values seem “oppressive” to me, but I digress.

The biggest “oppressor” target besides God, is now the parent.

Yes, we the parents.

Parents standing up for traditional values and calling for a return to academics in our schools and removal of identity politics from our classrooms are now seen as “dangerous” by school boards across our country and even by our own Department of Justice. This is why in our local Loudoun County school system, current policy prevents a parent from knowing if their child is expressing gender confusion at school. The teacher can know. The school counselor and staff can know. The principal can know, but NOT the parent.

Parents are viewed as some sort of extremist, backwoods cult member who will harm their child if they are involved when a child crosses over into the dark world of transgenderism after being groomed by social media influencers and their peer group. Then the confused child is further abused by the missionaries of transgenderism inside the walls of our schools who do everything possible to prevent that child from being told “No” by their parent. Outside groups are even allowed to provide support and temporary housing for your gender-confused child so they don’t have to go home to you, the “oppressive” parent.

Where do parental constitutional rights end and criminal physical and mental abduction begin?

In the end, this is a fight for the ages.  A battle of worldviews. Will man be on the throne or God?

In today’s critical theory parlance, every idea, thought, person, institution and policy must be divided into one of two classes: “oppressed” or “oppressor.” Christians are seen now as having benefitted from God’s oppressive system of rules which has to be stopped if society is to further evolve into a more “diverse, equitable, and inclusive” order. In reality, following God’s objective standard brings favor, blessing and salvation.

In considering the “intersectionality” of our faith, is it really oppressive to be a Christian? What if you’re a white Christian? Or Asian Christian? Are you let out of “oppressor jail” if you’re a black Christian or does your Christian faith always outweigh your melanin when it comes to your score on the oppression scale?

Those who desire nothing more than the cancellation and prosecution of free speech now have a new weapon. This weapon of language causes division found through critical theory which only tears down instead of building up, divides instead of unites, and accuses instead of forgives. This new lexicon of the religion of equity places man on the throne and views God, parents and those with the wrong skin color as irreconcilably broken oppressors with no hope of redemption.

For me, I choose the Gospel of Christ.  I was an oppressor until Jesus paid the price for me on Calvary. His blood redeemed me and His resurrection gave me new life and freedom. I am no longer a sinful oppressor; I am a son of the King! A VICTOR in Christ Jesus redeemed forever by the blood of the Lamb.

Instead of being oppressive, Christianity is actually liberating. Of all the world’s religions, only in Christianity has the work to conquer true oppression (sin) already been done by the work of Jesus on our behalf. We were all born into oppression as part of the one-blood human race. We were truly victimized by the oppressor of our soul, Satan. Only in Christ, can oppression be truly conquered providing freedom for those oppressed and in bondage to sin. Satan is the true author of oppression. Jesus liberates and sets us free.

Clint Thomas is a Loudoun County, VA father of 5 and local businessowner. Being a CPA and holder of a Master’s degree in ProfessionalCounseling, he has been active in serving his Loudoun community as former Treasurer for local not-for-profits including the Loudoun Literacy Council and Tres Dias of Northern VA. He also served as prior Vice Chairman of the 2006 Loudoun County Board of Supervisors Financial Performance Audit Committee, which was tasked with analyzing the County’s School Capital Improvement Plan. Clint is a strong proponent of parental rights and believes we owe it to our kids and future generations to keep education value neutral and free of politics with a return to renewed focus on rigor, achievement and high expectations to set them up for success, regardless of race, identity or class. He is an avid reader, musician and loves to help those in need.

Join thousands of others to get the FREEDOM POST newsletter for free, sent twice a week from The Christian Post. 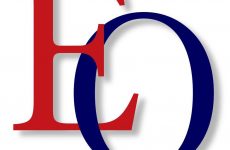