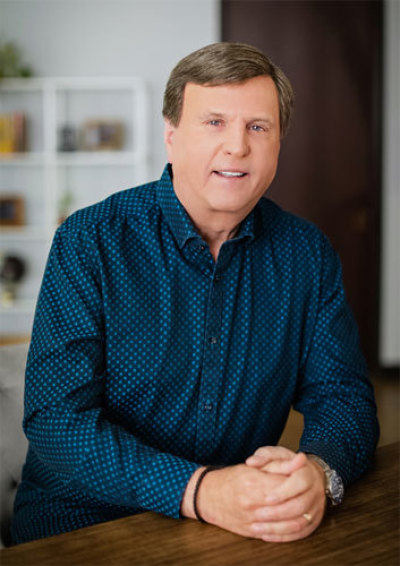 Jimmy Evans is the Founder and CEO of MarriageToday, a ministry and nationally syndicated television program devoted to helping couples thrive in strong and fulfilling marriages and families. He is Senior Pastor of Gateway Church, one of the largest churches in the nation. | (Courtesy of Jimmy Evans)

After U.S. Senator John McCain passed away in August of 2018, the long-serving Arizona politician was given the honor of lying in state in the U.S. Capitol building. Politicians from both political parties and dignitaries from around the world joined the American public in paying their respects to the late statesman.

International news outlets broadcast the event, offering a public viewing of McCain’s memorial service. From satellite feeds over cable TV to livestreams on countless websites, people on the other side of the world were able to watch and participate as our nation honored McCain.

The top 7 stories of the day, curated just for you!
Delivery: Weekdays

A similar scene plays out anytime a world-famous dignitary dies. For men and women with a global following, participation in their memorial services has become global. This simply wasn’t possible a generation ago. Advances in technology — from global satellite television to the internet connections on our smartphones — make it possible for the entire world to witness the same thing at the same time.

It’s a marvel of life in the 21st century.

When they finish their testimony, the beast that ascends out of the bottomless pit will make war against them, overcome them, and kill them. And their dead bodies will lie in the street of the great city which spiritually is called Sodom and Egypt, where also our Lord was crucified. Then those from the peoples, tribes, tongues, and nations will see their dead bodies three-and-a-half days, and not allow their dead bodies to be put into graves. And those who dwell on the earth will rejoice over them, make merry, and send gifts to one another, because these two prophets tormented those who dwell on the earth. (Revelation 11:7-10)

In a vision captured in the book of Revelation, the apostle John sees two powerful “witnesses” — past figures from the Old Testament — who live on earth again and prophesy before being killed by the Antichrist. The identity of these witnesses is unclear. Some Bible teachers believe these witnesses may be Moses and Elijah.

Others (including me) speculate that they could be Enoch and Elijah, who are the only two men in the Old Testament who didn’t die. Both Enoch and Elijah were taken alive by God to Heaven. In my new book, Tipping Point, I explain much more about the two witnesses and the roles they will play in the last days.

Regardless, the passage in Revelation 11 says that their dead bodies will lie in the streets of Jerusalem for three-and-a-half days. During that time, “people, tribes, tongues, and nations will see” the witnesses’ bodies.

“All the World Can See the Same Thing”

Think back to John McCain lying in state in the U.S. Capitol in 2018. People from around the world were able to observe his body. But would that have been possible a century ago, in 1918? Of course not!

Today, because of technology, all the world can see the same thing at the same time. This reminds me of a quote I once heard from the preacher William Bythel Hagee. He was the father of pastor John Hagee of Cornerstone Church in San Antonio, and a student of Bible prophecy. In the 1920s and 1930s, more than a decade before Israel became a modern nation, the elder Hagee would preach about the last days and regularly mention the passage in Revelation 7 about the two witnesses.

“The end cannot come until Israel is a nation,” he said, “and all the world can see the same thing at the same time.”

Imagine hearing this during the Great Depression. Could you have even visualized a society in which all the world could see the same thing at the same time?

Almost 100 years later, Israel is a nation — that long-awaited event took place in 1948 — and today’s plugged-in society means the entire world can livestream events right into our living rooms. More than 100 million people around the world watched the Chiefs-49ers Super Bowl in February 2020. Last summer, in 2019, more than 1.1 billion people tuned in to the World Cup final between France and Croatia.

The World Will Be Watching

As the events of Revelation begin to unfold, the two witnesses will be a thorn in the Antichrist’s side. They will preach the Gospel and testify to God’s greatness. Supernatural signs and wonders will follow until the Antichrist publicly kills these two men of God.

When the two witnesses are killed, the world will know it. It will be streamed on every television and digital device that exists. The entire human race will see their bodies — a possibility that would not have been possible a generation ago.

Then the world will see something else.

According to the Bible, three-and-a-half days after their deaths, the witnesses will be resurrected: “the breath of life from God entered them, and they stood on their feet, and great fear fell on those who saw them” (Revelation 11:11).

Everyone on earth will watch this miraculous moment unfold.

Two thousand years ago, this kind of technology could never have been imagined by a common person, but it is present and readily available today. In fact, it’s possible thanks to the digital device you carry in your pocket or purse — which you may be using to read these words right this moment.

Our world is far bigger than the apostle John understood when he wrote the Book of Revelation. And today, it is far better connected than it has ever been. How amazing that a passage of Scripture, written almost two thousand years ago, predicts our age of technology.

This article is adapted from The Tipping Point: The End is Here by Jimmy Evans. You can pick up the book here.

Jimmy Evans is the Founder and CEO of MarriageToday, a ministry and nationally syndicated television program devoted to helping couples thrive in strong and fulfilling marriages and families. He is Senior Pastor of Gateway Church, one of the largest churches in the nation. He and his wife Karen have been married for 47 years and have two married children and five grandchildren. 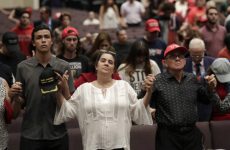