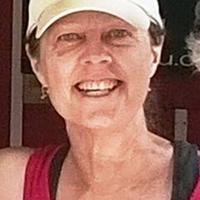 Some would argue that, yes, our country was founded on Christian principles. They fear that secularism will be our nation’s downfall. But secularism was in fact a basic principle of the founding fathers.

James Madison was private about his own religious convictions but was a champion for religious liberty. He was insistent that government should not legislate what one should or should not believe.

Benjamin Franklin, in his autobiography, described himself as a “thorough deist.” Deism is the belief in a supreme being based on reason and not revelation or the doctrine of any specific religion.

Thomas Jefferson, although he admired Jesus and called himself a Christian, did not believe in miracles, nor in the divinity of Jesus. He even cut-and-pasted his own version of the New Testament by removing all references to miracles and the resurrection. He believed in one God and in moral law, and that Jesus was a great moral teacher.

Thomas Paine – also a deist – believed in a supreme being and opposed organized religion.

There is some debate whether George Washington was a Christian or a deist. He belonged to the Anglican Church and did believe that “Providence” guided the creation of the United States. However, he was tolerant of other religions. While president, in a letter to a Hebrew congregation, he stated “For happily the government of the United States, which gives to bigotry no sanction, to persecution no assistance, requires only that they who live under its protection should demean themselves as good citizens …”

There are only two references to religion in the Constitution. The First Amendment states, “Congress shall make no law respecting an establishment of religion. . .” and Article VI, Section III, states that “… no religious test shall ever be required as a qualification to any office or public trust under the United States.”

I believe defending Christianity as the basis for the founding of our country is misguided. Christianity does not need the government’s endorsement to survive.

The founding fathers believed in reason over dogma, and that a person’s faith should not be intruded on by our government. In this country, all religions – and lack of religion – must be accepted. Our system allows both political and religious freedom and, though still a work in progress, it is working better than a lot of other countries.

Jennie Hakes teaches riding and exercise and adminsters a number of websites. She and her husband live on a horse farm north of Aitkin.

Pope Francis: It is a sin to use Christianity to judge and exclude 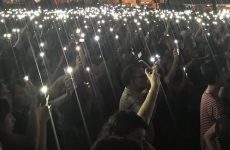