The first Annual African Apologetics Conference is engaging with postmodern and traditional African worldviews by asking if Christianity is Africa’s faith.

Hosted by Christian group Apologetics Kenya, the Nov. 27 to Nov. 29 event is featuring over 26 lectures, public apologetics debates, panels and workshops online. The speakers include prominent African theologians, church leaders and Christian activists, according to the website.

“Younger generations are asking about the validity of their Christian faith in a global world,” Kevin Muriithi, chairperson of Apologetics Kenya, told The Christian Post. “We decided, since COVID is there and we have the technology, then why don’t we do something special?”

Christians in Africa face a surprising apologetics challenge, Muriithi said. They must be grounded enough in biblical truth to argue with postmodernism, traditional Western atheism, traditional African religions and Christian heresies like the prosperity gospel. In their context, versatile apologetics skills make a huge difference.

“We need to be able to understand what we believe and why we believe it as Christians and Africans,” he said. “We need to answer those questions with confidence, clarity and compassion.

Today, Africa has the most Christians of any continent. Since 1900, the number of Christians in Africa has multiplied by 70 times, Pew Research Center found. These numbers should be taken with a grain of salt, said Muriithi, because some African Christians are prosperity gospel believers who don’t truly understand the Gospel.

Some Africans feel uncomfortable with Christianity because of the colonial past. They turn to critical race theory or traditional tribal faiths because they feel like Christianity is a “white man’s religion,” Muriithi said.

For those who say Christianity is a “white man’s religion,” Muriithi has a different story to tell. Africans have been part of Christian history since the beginning, he said. Jesus spent his childhood in Egypt, the African Simon of Cyrene carried his cross when he grew too weak to bear it and one of the first converts to Christianity was an Ethiopian court official. Some of the Church’s most important theologians, including Saint Augustine, Athanasius of Alexandria and Origen, all came from Africa.

“Looking at Christianity, it’s been there for a pretty long time,” Muriithi said.

Christianity grows quickly in Africa for two reasons, he explained. First, God has blessed and moved within the Church on the continent. Also, African cultures which place a high value on living in community result in the rapid spread of the Gospel. People tell their friends about God instead of seeing faith as a quiet, personal decision.

“If someone trusts in Christ, they share their story with those around them,” he said. “The church is really a part of society in Africa. People come to their church for support. That makes Christianity very much a part of everyday life.”

Although Africans have had a long involvement with Christianity, only recently have so many Africans become Christian, he said. The current generation of African believers has had to reflect carefully on how to keep the good parts of their traditional cultures while rejecting the parts that are against Christian belief, like ancestor worship.

Muriithu has faced these questions in his role as a member of the Kikuyu tribe. His tribal elders mentor young boys into manhood using ceremonies, he said. Although some of the ceremonies involve teaching generosity and maturity for men, others involve sacrificial rituals that Christians can’t take part in.

“When we look at Scripture on these issues, we have to ask what is culturally OK and what isn’t,” he said. “Traditional practice would be shedding of blood as a covenant. But from a biblical perspective, Christ is the final sacrifice so there shouldn’t be a shedding of blood.”

Because of social media and the internet, young people around the world often are part of the same global culture with its own customs and traditions that conflict with the Bible, he said. These include the prosperity gospel and critical race theory, among others.

“The term ‘race’ is a Darwinian concept based on hierarchy. But the Bible describes people as “ethnos” or nations. The scriptures are clear that God created all ethnicities from one man, Adam (Acts 17:26) and that they are all equal in God’s eyes,” the event website reads. “It is important for Africans not to identify with the suffering of their own ethnicity to the extent of reinterpreting Christianity in light of perceived oppression by white people, or out of a sense of African inferiority.”

The most important apologetics work Christians can do is to study Scripture so they can live by it daily in a way that impacts them more deeply than culture, Muriithi stressed. Wherever someone may be, the Bible offers answers on how they should live.

“The thing with cultures is that there are so many different ones, it’s important to be grounded in biblical faith. Once we have the truth, we can ask what is culturally OK,” he said. 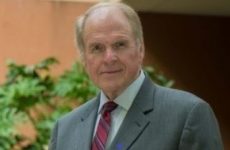 Christianity is not partisan 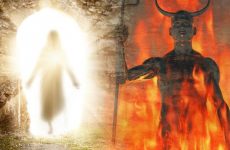 End of the world: ‘Lucifer’s time is short’ Preacher predicts the rise of the Antichrist