The coronavirus outbreak has caused nearly every religious organization around the world to rethink how it holds worship services, which typically involve people gathering in a confined space and coming into physical contact with each other.

But in majority-Christian nations like the US, the question is most fraught for local churches, as they prepare for Easter (Christianity’s most important holiday, which falls on Sunday, April 12, this year). What’s more, many Christian churches practice the rite of Communion using a “common cup” to share wine among the congregation, which means everybody drinks out of the same chalice.

And even beyond communion rituals, most churches practice some variation of the “passing of the peace” — in which congregants shake hands and wish each other “peace be with you.” During Holy Week, which directly precedes Easter, many churches traditionally wash parishioners’ feet, to replicate a moment from the Bible.

But even outside of official forms of worship, most churches are spaces where there are plenty of handshakes and hugs, before and after services. And that’s to say nothing of other gatherings churches might host, like coffee hours after services, fish fries during Lent, or soup kitchens for those in need.

Churches’ responses to coronavirus have evolved rapidly in the time I have spent reporting this article over the past week. When I started working on it, numerous clergy insisted to me (and cited scientific studies in doing so!) that the common cup was actually a safer method of administering communion than some other methods. But many of those same people later discontinued the use of the common cup at their churches, usually under orders from higher authorities within the church.

This is the tension of Christianity as churches attempt to prepare for Easter while also keeping their congregants safe. (The country of Italy, for instance, took the unprecedented step of suspending public Catholic masses throughout the country.) After all, in times of stress and worry, a house of worship is a place to find community and present one’s fears to a higher power. But what happens if the act of gathering itself only causes more stress and worry? 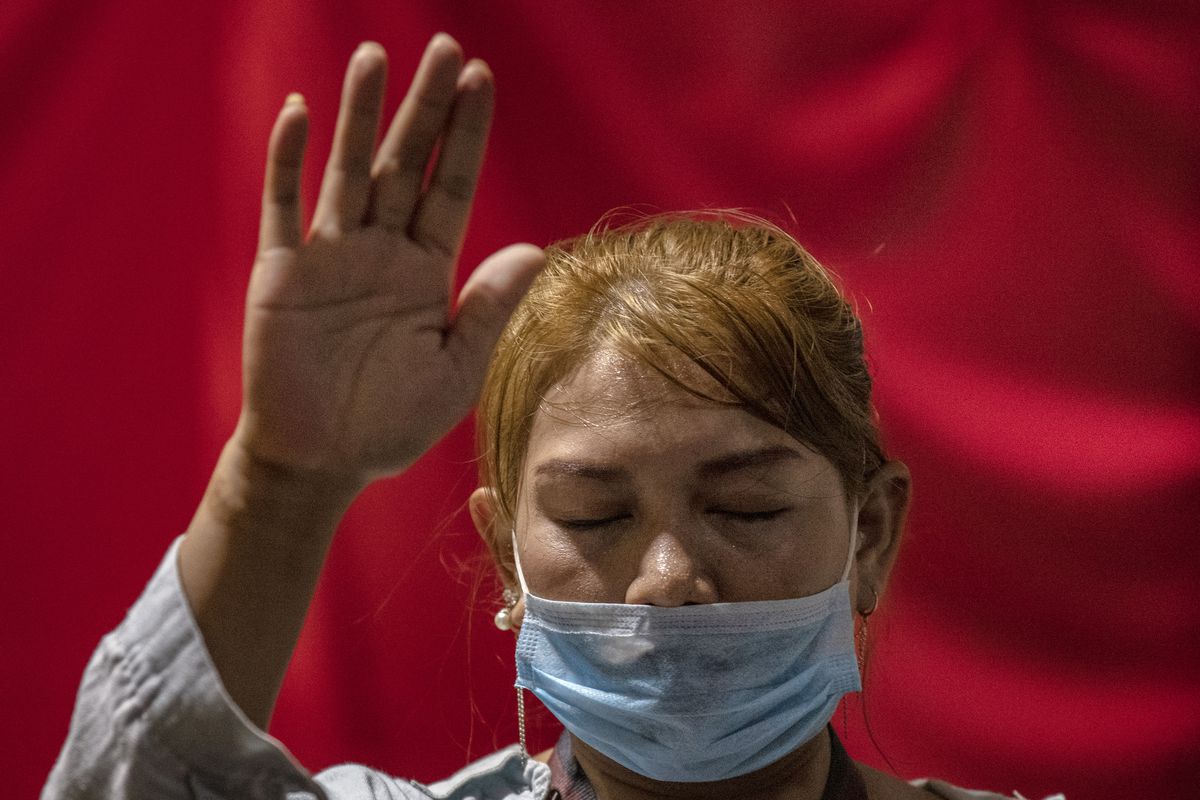 A woman wearing a face mask prays at a church in the Philippines on March 11, 2020, as the Covid-19 virus spread through the country. Ezra Acayan/Getty Images

St. Clare’s Episcopal Church in Snoqualmie, Washington, is about 30 miles outside Seattle, where the first major American outbreak of coronavirus to date is centered. As such, the Episcopal diocese St. Clare’s belongs to (based in Seattle) was one of the first in the country faced with the challenge of protecting congregants — and thus one of the first to cancel use of the common cup by anyone but the priests.

Rev. Patty Baker, who is the minister for St. Clare’s, says the church — like most other houses of worship throughout the Seattle area — is figuring out precisely what it means to even be a church.

“A lot of us are ramping up ways to keep and hold community in the midst of this, either by Facetime, Googling, Zoom calls, Facebook Live, all those forms of media that can help keep and hold a community together,” Baker told me. St. Clare’s most recent service was streamed on Zoom, a videoconferencing application that’s similar to Skype, for anyone who couldn’t attend Mass in person.

These changes are being adopted with different levels of rigorousness in different parts of the country. Many churches in the center of the US, where coronavirus is not yet as prevalent, have not taken any such measures, while churches in densely populated areas are already stepping up precautions.

“This is a time of high anxiety, and leaders need to show that we are taking seriously the science and the facts of the situation and keeping the best interests of the community in mind, but at the same time we are being faithful and gracious and wise, trusting God, remaining calm, extending compassion to those who are suffering,” says David Gambrell, who works in the office of theology and worship for the Presbyterian Church of the United States.

Gambrell’s office has been key in helping individual Presbyterian churches decide how to proceed with services in ways that keep parishioners safe. Since the Presbyterian Church doesn’t have federated governing bishops, as the Catholic and Episcopal churches do, it’s up to individual congregations to decide how they’re going to proceed, something they can do in consultation with the national church.

But the heightened precautions around coronavirus are no different from the ones that people who attend church should already be taking to protect themselves during cold and flu season, says Rev. Frank Logue, the bishop of the Episcopal Diocese of Georgia.

(The coronavirus is believed to be more dangerous than seasonal flu, but good hygiene is still vital in combating it.)

Communion, however, remains the part of Christian services that seems especially likely to spread germs. It’s easy to understand concerns about communion, with long lines of people being served by the same small group of ministers, eating from the same loaf of bread or plateful of wafers. Those concerns only increase once the common cup is involved. Yet, Logue points out, the common cup is actually a safer way of taking communion than dipping the bread in the wine (called intinction).

(The safest way of taking communion is from individual cups filled with small amounts of wine, but this cuts against numerous denominations’ traditions and creates significant waste.)

Intinction is far more likely to spread germs simply because the act of dipping the bread in the wine means that people’s fingers will probably come into contact with the wine. This is even more true in churches where the minister dips the bread in the wine, then places it on the parishioners’ tongues — meaning the minister’s fingers can come into contact with both the wine and multiple people’s tongues.

The common cup might seem just as unsanitary, but there is some research backing the idea that it’s safer. Logue points to two peer-reviewed studies, published in the American Journal of Infection Control in 1988 and 1998, which found that the common cup was not a significant transmitter of disease. In these studies, scientists took a cup straight from the altar after communion to test whether disease-causing bacteria or viruses were present, and found there were such trace amounts as to not be dangerous to those who drank from the cup.

“That fits together with a study in England that looked at the health of the clergy who typically drink the last of the common cup. [The study also found that] our population data set is large enough to be significant and finds that they’re generally healthier from communicable disease in the general population,” Logue said.

Still, many churches have canceled the use of the common cup at communion, eliminating the distribution of wine to parishioners altogether. And doing so has raised a larger question about what these rituals mean at a time when gathering with other people — the center of most worship services — could mean putting others at risk. 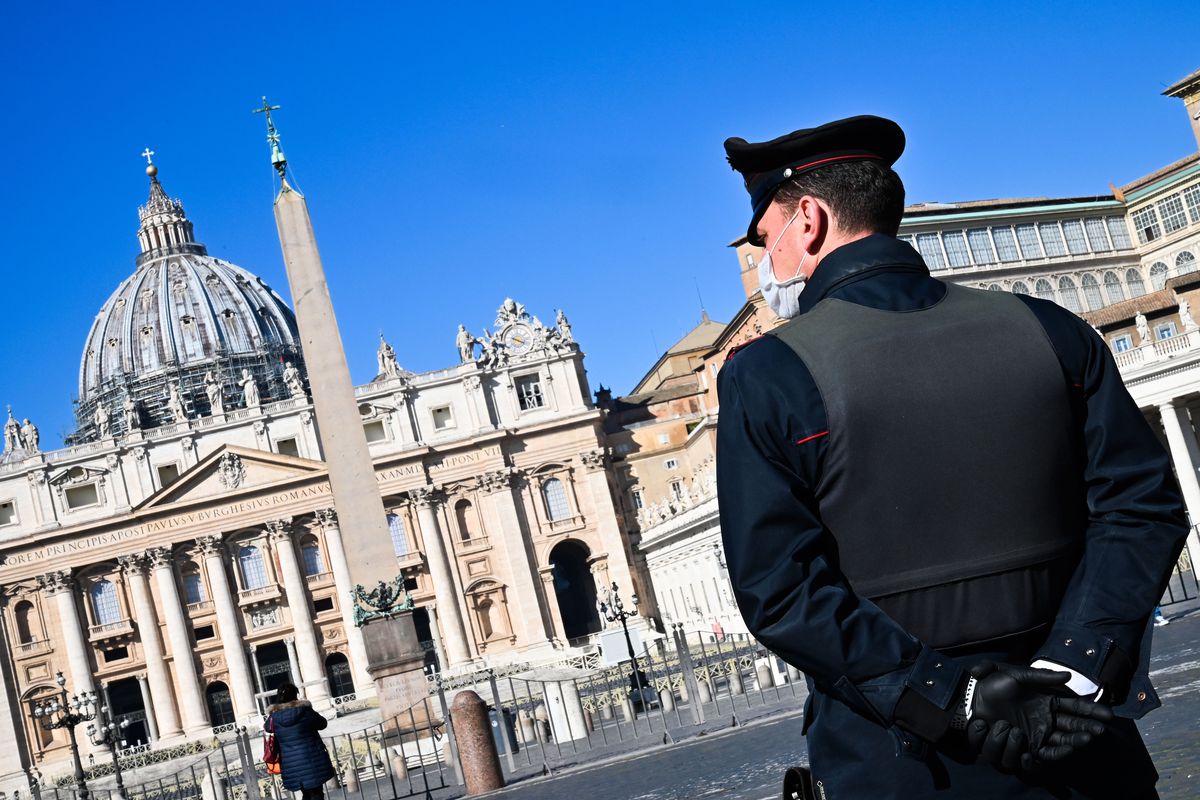 The Vatican’s Saint Peter’s Square is closed down to tourists in hopes of curbing the coronavirus outbreak. Andreas Solaro/AFP via Getty Images

One paradox at the center of this question is that at times when the news is full of catastrophic headlines, a house of worship feels, to many people, like a natural place to go for comfort and support. But in the midst of a pandemic, gathering with other people in the same physical space is sometimes the worst possible idea.

Yet on some level, isn’t overcoming fear to gather in community the point of Christianity?

“One of the things that Jesus is most famous for is being a healer and specifically often reaching out to and showing love and compassion for people who had leprosy, which was probably a name for a bunch of different conditions at that time, but something that would cause one to be socially ostracized and marginalized,” the Presbyterian Church’s Gambrell says. “If the church is going to be faithful to that mission and ministry of Jesus, then we absolutely have to figure out ways to extend that healing and compassion without putting others at risk.”

Balancing the ritual aspects of the faith with the community-building aspects of her job is something that Baker is actively thinking through as the Seattle area works to slow transmission of the coronavirus.

“One of the things that we are trying to do is make sure that the people a lot of our churches serve out in the community — at food banks, soup kitchens, and day care centers, where we are the hands and feet of Christ out in the world — that we are not forgetting those people,” Baker said. “How do we make sure those people are taken care of? The marginalized, the disenfranchised, the people who are terrified of the government, the homeless. … How do we be church when we can’t gather on Sunday mornings? [By finding answers to these questions,] we are still being the church.”

Baker told me that one effort her congregation has undertaken is to make sure the church’s food bank collected 250 bars of soap, to distribute to people who want to maintain good hygiene but might not have ready access to soap.

And maybe the churches in the Seattle area will serve as a trial run for the rest of the country, as the coronavirus continues to spread. The questions St. Clare’s is trying to answer are ones that will soon be present in nearly every house of worship around the world.

“As more and more churches up here are saying, well, we’re not going to be open on Sunday and 50 to 75 percent of your congregation isn’t going to be here Sunday morning, how do you do communion? How do we gather to offer the promises of the gospel up for each other?” Baker says. “It’s important to remember that, you know, we’re in church for an hour or so, and yes, communion is a high point. But it’s not the only point.” 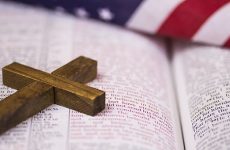