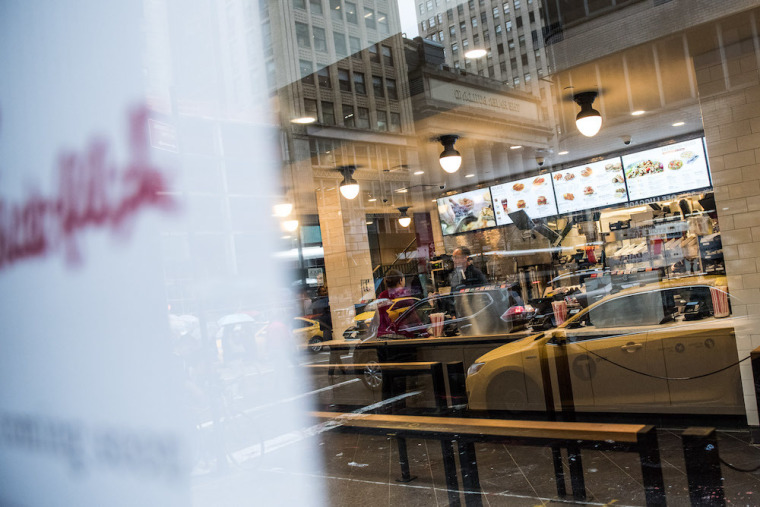 Amid reports that fast food chain Chick-fil-A was halting donations to Christian groups, the restaurant’s foundation is maintaining they are philanthropically restructuring, not caving to political correctness in pursuit of higher profits.

Reports emerged Monday that after months of consistently negative press coverage related to their long-held views about marriage and human sexuality and donations to like-minded organizations, that the famous chicken sandwich shop was discontinuing their financial contributions to groups characterized as “anti-LGBT.”

The Christian Post reached out to Chick-fil-A Monday, asking them to respond to the criticisms that they were compromising their principles in order to appease their ideological opponents.

“Beginning in 2020 the Chick-fil-A Foundation will introduce a more focused giving approach, donating to a smaller number of organizations working exclusively in the areas of hunger, homelessness and education. We have also proactively disclosed our 2018 tax filing and a preview of 2019 gifts to date on chick-fil-afoundation.org. The intent of charitable giving from the Chick-fil-A Foundation is to nourish the potential in every child,” a Chick fil-A representative said in a statement emailed to CP Monday.

“Our goal is to donate to the most effective organizations in the areas of education, homelessness and hunger. No organization will be excluded from future consideration – faith-based or non-faith based,” the spokesperson said, noting “I also wanted to add that Chick-fil-A will not be opening on Sundays.”

According to an exclusive from BisNow Monday, Chick-fil-A was shifting away from its current philanthropic structure to refocus their giving on other causes, specifically education, homelessness and hunger, and would no longer be donating to groups like the Salvation Army, Fellowship of Christian Athletes, and the Paul Anderson Youth Home.

“There’s no question we know that, as we go into new markets, we need to be clear about who we are,” Chick-fil-A President and Chief Operating Officer Tim Tassopoulos told the outlet.

“There are lots of articles and newscasts about Chick-fil-A, and we thought we needed to be clear about our message.”

He continued: “When there is a tension, we want to make sure we’re being clear. We think this is going to be helpful.”

“It’s just the right thing to do: to be clear, caring, and supportive and do it in the community.”

The move elicited criticism from conservative politicians and Christian commentators who blasted it as craven capitulation to LGBT activists and their allies.

“In Aug 2012, I coordinated a national @ChickfilA Appreciation Day after they were being bullied by militant hate groups. Millions showed up. Today, @ChickfilA betrayed loyal customers for $$. I regret believing they would stay true to convictions of founder Truett Cathey. Sad.” tweeted former Arkansas governor Mike Huckabee on Monday.

Rep. Chip Roy, R-Texas, wondered whether the restaurant would soon open its doors for business on Sunday, commenting Monday that his attitude toward Chick-fil-A is now “’meh.’ It’s just like every other corporation that ultimately capitulates.”

Writing on his blog at The American Conservative Monday, Rod Dreher called the fast food chain’s decision “nothing but gutless surrender.”

“Chick-fil-A has managed to become the third-biggest fast-food chain in the US, despite earning so much progressive hatred for honoring what its leadership once claimed was fidelity to ‘a much higher calling.’ But now, in 2019, as it sits near the summit of business success, Chick-fil-A suddenly finds that it can no longer afford to follow that ‘higher calling,'” he said.

“And it’s a lesson to all of us. The LGBT lobby, and their progressive allies, will never, ever leave you alone. Never.”

The 2018 tax form filed Friday with the IRS notes that the foundation gave the Salvation Army $115,000 last year and $1.65 million to Fellowship of Christian Athletes last year. The donations were part of the multi-year obligations that have now concluded.

Chick-fil-A intends to donate approximately $9 million to charity including $25,000 to a local food bank for each new restaurant they open.

“This giving strategy further honors principles set by our founder Truett Cathy, who believed that all people are worthy of care,” a statement posted on Chickenwire.com explains.

“Going forward, Chick-fil-A Inc. will continue to fund scholarships to Team Members each year and support local organizations through our True Inspiration Awards. We will also continue to invest in our hometown through community revitalization efforts in the historic Westside of Atlanta. Through these initiatives, Chick-fil-A Inc. and the Foundation will provide approximately $32 million in total cash gifts in 2020.” 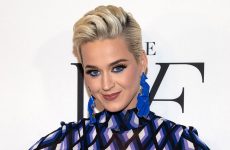 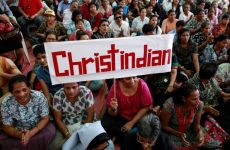