A Canadian climate scientist who called on her Christian colleagues to help in the fight against climate change, says the crisis is “loading the weather dice against us.”

In an article published in the New York Times late last year, Katharine Hayhoe, an atmospheric scientist and professor of political science at Texas Tech University, disclosed that she is both a climate scientist and an evangelical Christian, things often thought to be mutually exclusive.

Hayhoe said she believes evangelicals who “take the Bible seriously” already care about climate change, though they may not realize it.

“Climate change will strike hard against the very people we’re told to care for and love, amplifying hunger and poverty, and increasing risks of resource scarcity that can exacerbate political instability, and even create or worsen refugee crises,” she wrote.

Hayhoe said to her, caring about and acting on climate change was a way to live out her “calling to love others as we’ve been loved ourselves by God.”

In an interview with The West Block‘s Mercedes Stephenson, Hayhoe said that while she was worried her career in science would be ruined after publishing the article, she felt compelled to write it.

“In the U.S., and sadly, increasingly here in our own country as well, people are starting to say ‘oh, if I’m a certain type of person then I can’t care about climate change,’” she said. “If I am a Conservative, if I’m a Christian, then I have to reject the science that we’ve known for over 200 years because it isn’t consistent with my ideology or my theology.”

2:46‘You have woken up the world’ David Attenborough tells Greta Thunberg during chat on climate

Hayhoe said her colleagues were “overwhelmingly supportive,” whether they shared her faith or not, but said she did receive some push-back, mostly from Christians.

Hayhoe said the two most “dangerous myths” that people buy into when it comes to climate change is that it is a distant issue, and that the solutions present an “imminent threat” to our way of life, economy and security.

“The reality is the opposite,” she said.

“Climate change is here and now. It is affecting us today in the places where we live.”

Hayhoe said this can be seen in Australia, where devastating wildfires have ravaged the country for weeks destroying homes and killing 24.

READ MORE: The point of no return? Recapping a year of dire climate change warnings

While bush fires are a normal part of the ecosystem in Australia, Hayhoe said fires this large, strong and dangerous are not.

In Canada, Hayhoe said people often think in such a cold country a little global warming may be nice, but the reality is we have “perfectly adapted” to the climate we live in.

“Now, as the climate is changing, we see that sea level is rising, threatening our coastal cities. We see that permafrost is thawing, putting many of our remote northern communities at risk,” she said. “We see that wildfires are burning greater and greater area, the hotter and drier it gets. Our heavy rainfall is increasing. Our summer heatwaves are getting stronger.”

Hayhoe said we’ve always had these extreme weather events, but as the planet warms, it is “loading the weather dice against us.”

7:58Why climate change in the Arctic affects us all

Why climate change in the Arctic affects us all

Asked about solutions for regions that rely on the production and sale of oil and gas like Alberta, Hayhoe said she is a “big fan” of the “just transition” concept.

“The world is changing, but those of us who depend on fossil fuels, who have worked hard to support our families in that industry should not be left behind,” she said. “So the concept of a just transition is providing opportunities for people to transition not only our sources of energy but to transition our economy, our jobs, our businesses, to the new clean energy economy.”

She says she already sees this type of change happening.

“That gives me hope,” she said. “In Texas, nearly 20 per cent of the electricity produced on the Texas grid comes from the wind and the sun.”

In Canada, the federal Liberals have vowed to introduce the “Just Transition” Act, as part of their plan to tackle climate change. They say the act will give workers access to training, support and new opportunities the party says are “needed to succeed in the clean economy.” 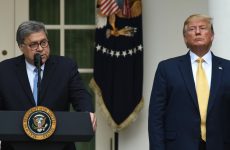 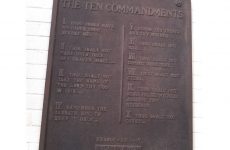