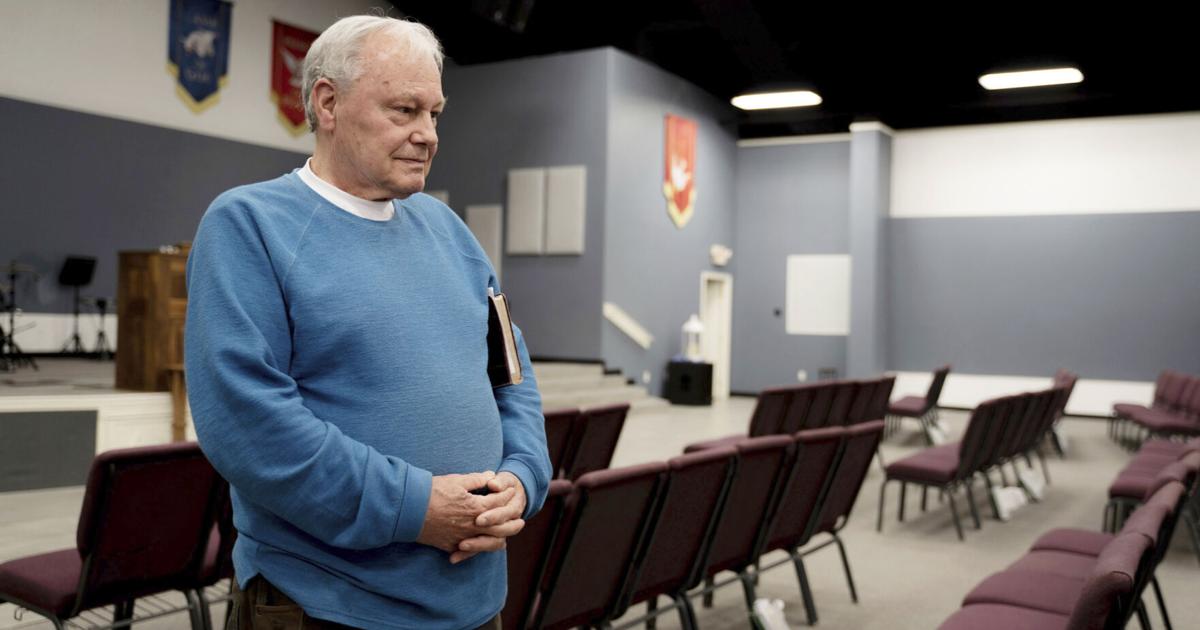 Outside the small Texas town of Elsa, a sheet metal fence too tall to see over surrounds a few acres of prime Rio Grande Valley land. In front of the compound’s drab, gray gate, bright orange letters spell out “Nature’s Resort.”

The gate opens to reveal a seemingly ordinary community. RVs and small homes line the roads, péntaque and pickleball courts offer residents recreational spaces, and the front office acts as the community’s nucleus.

Nothing looks amiss, except that is, for what’s missing — namely, clothing.

Misty Katz, part owner of Nature’s Resort, finds comfort in shunning clothes. Growing up in South Africa, she was scolded by her parents for undressing in public when her clothes got dirty. She didn’t take those lessons too seriously. More than half a century later, she lives at a nudist (or naturist) resort in South Texas and doesn’t worry about dirty clothes anymore.

For as long as Katz has been a nudist, she has also been a Christian.

Public nudity may seem antithetical to the modesty often promoted by churches, but to Katz, the two go hand in hand. “Believe it or not, we are modest,” Katz says. “Modesty doesn’t mean you have to cover everything up. We don’t display our wares, we’re not adorning various parts of our bodies in a way that’s going to attract attention.”

Her idea of modesty echoes Pope John Paul II’s 1981 book “Love and Responsibility,” in which he writes “nakedness itself is not immodest.” He goes on to explain that immodesty presents itself only when nakedness serves to sexually arouse.

At Nature’s Resort, public nudity is not sexual.

“The initial conception is that this is a sexual thing,” Katz says. “People think we’re all out on the front lawn having sex with each other, swapping partners. In fact, if there is any overt sexuality, you see that gate open real fast and somebody is ushered out.”

Some Christian critics of nudism, including Mary Lowman of The Christian Working Woman, see the lifestyle as an affront to God. On her website’s page The Christian Dress Code, Lowman claims “God’s dress code from the beginning has been to cover our nakedness.”

Even still, nudism attracts unlikely allies. Some nondenominational, hard-line conservative clergy accept nudism. Pastor Ron Smith, of McAllen’s Church of the King, vehemently opposes homosexuality, abortion and the transgender community on Biblical grounds, but when it comes to nudism, his views loosen up.

“I think it’s odd, I think it’s strange, but I have no proof it’s sinning,” Smith said. “We have a retired couple that sit in the front row every Sunday that live at a nudist camp. I believe they’re dedicated Christians.”

Because the Bible doesn’t explicitly forbid nudism, Smith says he cannot condemn those who practice it. In fact, the Bible condones nudism on several occasions: “Adam and Eve were in the garden talking to God every day. They were nude,” Katz says. “When David had his big victory in battle, he went dancing in the streets naked to praise God. So, that must be OK in God’s eyes.”

Katz isn’t the only Christian at Nature’s Resort. Chip and Daisy are a married couple who requested to exclude their last names so friends and family don’t learn of their nudism. They, like most everyone at Nature’s Resort, are winter Texans, retirees spending their summers up north and coming down to the Rio Grande Valley when temperatures start to drop.

Chip, a black man, is also one of the only residents of color out of the up to 250 people in the community. Like Katz, Chip and Daisy find nudism fits neatly into their Christianity and see it enhancing their religious lives.

“In a nudist environment, the true Christian belief of valuing others and not judging others is accentuated,” Daisy says. “Here, you don’t judge someone for what they look like or what they wear.”