I do my best to stay clear of radical theories, especially when it pertains to the end times; however, with the significant occurrences that have taken place almost overnight, I can’t help but feel these are potential signs of judgment, and I fear the worst is yet to come.

COVID-19 spread the Earth in a matter of days, resulting in death, mass shortages of food/supplies, and shutdowns of basic services and goods.

Almost every major city in the United States is being overrun, set on fire and looted. The streets are being splattered with the blood of police officers and civilians, thus calling for potential martial law.

A major political party (presumably with the help of the media) is willfully indoctrinating its people that the government must have control of our daily lives so that, in turn, we may be provided free housing, medical care and employment.

Drugs are being legalized, gun rights are being restricted, and the inalienable freedoms that generations have fought and died to preserve are talked about in the past tense (if at all).

Churches are getting vandalized and burned down, and the leading stories involve the perceived blasphemy of a sitting president holding a Bible.

Could this be the war, famine, plaque and death that has been foretold? 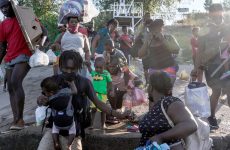