Louise Ott is ready to broach tough subjects this Christmas at the dinner table, regardless of whether she is sitting across from a relative who doesn’t share her views.

She got started on the often “off-limits” topic — religion — during a “Diversity in Christianity” panel discussion at Birmingham Covington School.

“We have to agree that love and acceptance and agreeing to disagree has to be OK, and that doesn’t mean the other person is evil because they don’t believe as you believe,” Ott, a Birmingham United Church of Christ pastor, said.

That attitude is one the Birmingham Covington School Diversity Committee has been embracing much of the year with a series of panel discussions meant to educate and inform, dispelling misconceptions and stereotypes about people and fostering understanding and kindness.

At these panel discussions have been members of the African-American, LGBTQ, Muslim and Jewish communities.

The most recent discussion was perhaps the most controversial, said Rick Joseph, a Covington teacher and member of the diversity committee.

“We had many discussions about whether or not this panel should take place at all,” Joseph said. “This of course was due to the pain, hurt, and exclusion that many people, particularly people in the LGBTQ community, have felt in their church communities over the years.”

Despite concerns over possible legitimization or even glorification of what he said has been very “unchristian treatment of people” the committee went ahead in the belief that all political and cultural viewpoints should be represented in diversity work and people must come together to find solutions to challenges faced while promoting mutual understanding.

Members of the ‘Diversity in Christianity’ panel discussed their faith and various beliefs at Birmingham Covington School Dec. 16, 2019. (Photo: Courtesy of Rick Joseph)

While the 12-member panel, which besides Ott included two other pastors, as well as parents, students, and Covington staff members, were all representing the predominant religion in the United States, they were from varying denominations and showed that even within a religion that shares one major belief, there are vast differences about what it means to be Christian.

Joseph, himself a Catholic, was eager to learn, as was the moderator of the panel, Covington Spanish teacher Joe Leibson, who is Jewish.

“There are some who have wondered why a Christianity panel is part of the diversity series,” Leibson said during the panel’s introduction. “After all, Christians represent a large majority of the U.S. population and have power and influence in every sphere of our society. Every US president has identified as a Christian and we often hear that our founding principles are based on Judeo-Christian values. Those things are all true, but they don’t mean that there is no room for Christian voices in the context of diversity work. Diversity is for everyone.”

Leibson continued by noting that religious participation in general is “dramatically slipping.” He cited FiveThirtyEight, a statistical analysis website, saying, “Millennials are leaving religion in droves and aren’t coming back,” with people between the ages of 23-38 almost as likely to say they have no religion as to identify as Christians. Less than half of this age group subscribe to the idea that a belief in God is necessary to be moral, and millennials are much less likely than baby boomers to believe it is necessary to raise children with religion so they learn values.

Panelists at the “Diversity in Christianity” forum were invited to consider and share their answers to questions about their faith and its importance in their lives to about 50 people in attendance.

Mike Elia, a Chaldean Catholic panelist, said we are “living in an age of relativism, wanting to redefine the truth in a way that suits me” and in the process “erasing the absolute truth of Jesus Christ.”

“Obviously, we are all sinners in this room,” he said. “You have to confront in a loving way when you see someone doing something that might affect their salvation…In this day and age, you need to do it in a delicate way.”

Nicole Jones, a Baptist who sat next to her son David, a Covington student, on the panel, said God is not open for interpretation.

“If God tells me something in the Bible, I would rather err on the side of what is there than to be found wrong,” she said. “It is good to consider Jesus ministered to all kinds of people, no matter their walk of life.”

While she said “all sin is sin,” God is the one to do changing of hearts. Love doesn’t mean agreement or acceptance for her, but means that she can be in a room with someone with a different lifestyle or beliefs and be friends.

“I have a friend who is an atheist, and I love her,” Jones said. “We can sit and talk and be friends. We do not have to agree.”

Bethany Peerbolte, a panelist and associate pastor at Birmingham First Presbyterian, said she grew up in a church in which attitudes toward LGBTQ persons that she knew and loved nearly drove her away from the church. She views the Bible as “a living, breathing text,” and one through which the words have been translated a hundred million times from texts and languages which aren’t understood completely.

“It says women are not supposed to speak in churches, and here I am a pastor,” Peerbolte said. “We have to go back to what Scriptures are teaching us in 2020. What is it saying right now? We talk about sin like we know what it is… Jesus sat with people who are sinful and outcasts. Those are people who Jesus would sit with and didn’t ask to change.”

Peerbolte said in a time when it is perceived there is a “war on Christmas” and the loudest Christian voices seem to be evangelicals and those offended about coffee cups from a corporate organization without religious affiliation, she was grateful for the panel and the opportunity for a variety of Christian voices, including her more liberal, progressive one.

“It’s great to see diversity and get us into a room to hash it out,” she said. “That understanding gets us to a unity place instead of being in our corners comfortably.”

Joseph said he saw at the forum a common bond between the 12 panelists—their deep faith and belief in its power, as well as understanding as a Christian value the importance of loving their neighbors. He was surprised by how consistently humble all of the panelists were.

“I kept waiting for someone to sound self-righteous, perhaps, because therein lies the problem that so many people have with organized Christianity, and perhaps religion in general throughout the world – that is, the dichotomy between the sacred Scriptures and their interpretation by people,” Joseph said. ”Furthermore, the extent to which people have interpreted sacred texts and used them to justify ways that have excluded, marginalized, and hurt people.”

Joseph was impressed with the panelists’ comments in regard to the importance of doing the will of God, which he believes ultimately means “developing a realization that humans are not in control.”

The BCS Diversity Committee plans to continue panel discussions into 2020. Joseph said there will be a repeat of a panel on issues related to people who are LGBTQ plus and he would also like to have a panel on mental health awareness and suicide prevention due to an increase in teen suicides as well as the stigma surrounding these issues. Other possible subjects include atheism/agnosticism, military veterans, women’s history and Native Americans.

“We certainly will continue to have these panels because they have clearly met and identified need for many people in our community,” he said. “I believe that people are hungry for a way to have conversations about difficult issues that is constructive. I believe we have found that way.”

Check the Birmingham Covington School Facebook page for information on future panels, which will be posted by mid-January. 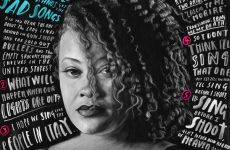