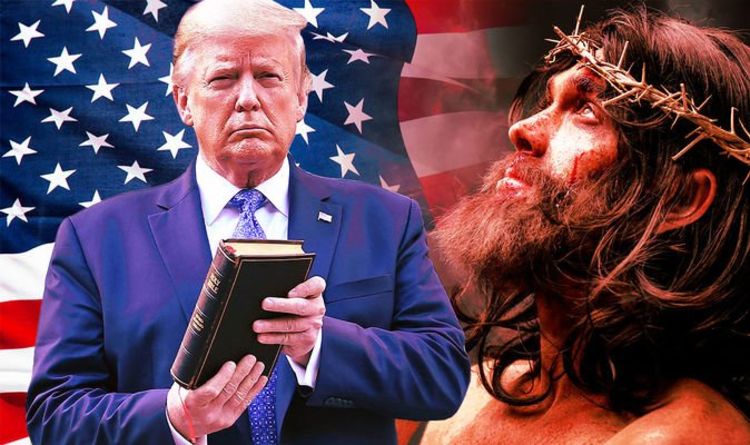 President Donald Trump is going head-to-head with Democrat rival Joe Biden in the 2020 US election race. Ther incumbent President is fighting to keep his seat in the White House, rallying his supporters behind his stronghanded approach to foreign policy and domestic affairs. And with pressures mounting before the US heads to the polls on November 3, President Trump will rely on the support of Christian evangelists to secure a second term in office.

Just last month, evangelist John Hagee told his followers to cast their ballot for “the Bible“.

And although he did not name President Trump directly, the implication was there – the Republican candidate is the pro-life, pro-Christ choice.

Pastor Hagee said: “Take America back from the god of socialism that now threatens the very survival of this nation.”

It comes, therefore, as no surprise that many believe President Trump is somehow fulfilling God’s will on Earth.

And according to guest columnist Frank Aquila in The Ceres Courier, there are eerie numerical links between President Trump’s life and the Bible.

Mr Aquila outlined the importance of the numbers three, seven, 10 and 12 in scripture.

For instance, the number seven is said to signify God’s perfection and the phrase “God said” was used 10 times throughout the Book of Genesis.

And this is where the supposed connection to President Trump appears.

Then, on his first day in office, President Trump was 70 years, seven months and seven days old.

The US President was also elected on the seventh year of Israeli Prime Minister Benjamin Netanyahu being in office.

This move was linked to a prophecy in Jeremiah 25:12, which reads: “When the seventy years are completed, that I will punish the king of Babylon and that nation.”

Mr Aquila said: “Exactly seven months after Trump’s first full day in office, there was a total solar eclipse over the US continent, a path that was exclusively in the US that has not happened since 1776, the year recognizing the US Declaration of Independence.

Mr Aquila, the author of the book Sarah Palin Out of Nowhere, went on to say the “astronomical signs are beyond coincidences”.

He added: “God is the ruler of the kingdom of men and has used those imperfect men to fulfil ninety percent of the 1,817 prophesies already fulfilled in the Bible.

“We are living in a time when ten percent of the remaining prophesies are being fulfilled before our eyes.”

There is, however, no real evidence to back these claims beyond a few coincidental dates and numbers.

There are also those who believe President Trump eschews true Christian values and conduct.

When asked what Jesus would think about the US president, Dudley Rose, Professor of Ministry Studies at Harvard Divinity School, said: “Well, I’m going to turn to Matthew and just take it straight out of the Bible.

“I don’t know if this is what Jesus would say, but I think he might say something like this, and you all know the passage from Matthew 25. 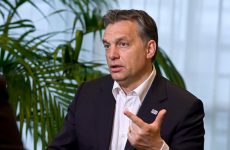