Viktor Orbán, prime minister of Hungary, spoke Aug. 6 at CPAC Dallas. At first blush, this doesn’t seem to matter to a publication like the Baptist Standard. But given what he said about Christianity and its role in the world, his words matter a great deal.

For those who don’t make a habit of memorizing acronyms or keeping up with political events, CPAC here stands for the Conservative Political Action Conference. It’s sort of a big deal. In fact, it’s worldwide, with conferences in Brazil, Mexico, Israel, Japan, Korea, Australia and Hungary.

Hungary is where Viktor Orbán comes in. For those who don’t keep up with Eastern European politicians, Orbán rose to prominence during the 1989 political revolutions in Eastern Europe by speaking publicly against Soviet troop placements in Hungary. He later became prime minister of Hungary in 1998, holding that position until 2002 and again from 2010 to the present.

Orbán and his politics have gained great admiration among a growing number of American conservatives. Most notable among his positions are those on immigration, gender, political liberalism, the liberal media and Christianity. I will focus on Orbán’s statements about Christianity.

What did Orbán say about Christianity?

The title of Orbán’s address—“This is How We Fight”—set the tone for what he would say. By “fight,” Orbán means: “Politics … are not enough. This war is a culture war.” A host of community institutions—including churches—need to be revitalized for this war, he contended.

He claimed the Obama administration—in keeping with a “globalist liberal concept”—tried to force Hungary to “delete Christian and national values” from its law. To fight such efforts, Orbán called for American and Hungarian conservatives to unite forces “because we Hungarians know how to defeat the enemies of freedom on the political battlefield.”

When outlining principles for winning the culture war, he said: “First and foremost, we need to trust our Judeo-Christian teachings. They help us decide what actions are right and what actions are wrong. If you believe in God, you also believe that we humans were created in God’s image. Therefore, we have to be brave enough to address even the most sensitive questions—migration, gender and the clash of civilization.”

Without taking a breath, he immediately inserted: “Don’t worry. A Christian politician cannot be racist.” We have more than 200 years of our own history to refute that claim. Unless Orbán means by “Christian” someone who follows Jesus, then he is correct; no one who follows Jesus can be a racist.

Then he continued: “So, we should never hesitate to heavily challenge our opponents on these issues. Be sure, Christian values protect us from going too far.” What exactly is “too far” and what constitutes “Christian values” he did not say.

He contended the progressive liberals are “trying to separate Western civilization from its Christian roots,” and that when this separation is made, “the worst things in history happen. … The horrors of Nazism and Communism happened, because some Western states in continental Europe abandoned their Christian values.”

Orbán warned his listeners against financier and philanthropist George Soros, a favorite target of conservatives, declaring Soros “the wealthiest and one of the most talented Hungarians on Earth.”

Why do Orbán’s words about Christianity matter?

I recount what Orbán said about Christianity because his words would be welcomed without argument in many of our churches. On their surface, his words sound unobjectionable, but their broader context and underlying meaning should give us pause.

I cannot dispute whether Orbán is a Christian, by which I mean a follower of Jesus. I haven’t spent time with him, but I do have some of his public statements, and from them I can surmise how he understands what it means to be a Christian.

One of the clearest comparisons we can make is Orbán’s statements about migration—and his work to stop it—alongside biblical instruction and God’s commands, none of which Jesus negated.

While in Romania July 23, Orbán said in the context of a summary of Hungarian ethnic history: “This is why we have always fought: We are willing to mix with one another, but we do not want to become peoples of mixed-race.”

After igniting a firestorm with these words, he contends they are not racist but are culturally focused. However, the broader context in which he made this statement is a Europe that remembers all too well Nazi Germany’s extermination of millions of Jewish people under the same pretense of maintaining ethnic purity.

Furthermore, his contention is “non-European peoples” destroy European culture, including European Christianity. Therefore, he contends Hungarians should fight, and so should conservative Americans.

One problem with Orbán’s description of Christianity and its role in the world is it contradicts Jesus’ life and teachings, which themselves uphold the Old Testament teachings on welcoming and caring for foreigners and strangers.

There is another problem. Underlying the surface rhetoric is a more profound misuse of Christianity. For Orbán and those who side with him, Christianity seems to be a tool for achieving political ends. That “Christianity” flows from Constantine, not Christ.

Constantine’s error was in appropriating the cross of Christ to secure an earthly kingdom. It is the same error being made today by politicians and others who use the language and trappings of Christianity to secure their own earthly power and security.

Don’t miss the error because the words are right. Look beneath the words. See their broader context. Understand how they are being used.

And remember that to be Christian is to follow Jesus. And to follow Jesus is to take up a cross—not to conquer, but to die—and only after dying to know victory—Jesus’ victory.

Eric Black is the executive director, publisher and editor of the Baptist Standard. He can be reached at [email protected]. The views expressed are those solely of the author. 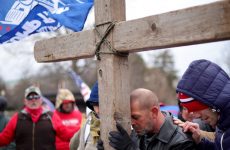 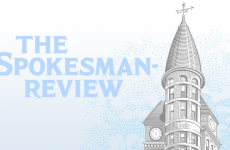