For a president of the United States, Joe Biden did something highly unusual this week: something I’d bet you never even heard of — till now. On Tuesday evening, around 6 p.m., he skipped out of the White House, hopped on Marine One, helicoptered up to his hometown of Wilmington, Delaware, for what the White House only described as a “local stop,” spent less than an hour, and was back in the White House by 9 p.m.

Mystery solved. With no publicity, Biden had quietly carved time out of his schedule to make a quick trip to Wilmington in order to stop by Chandler Funeral Home and attend the wake of longtime aide Norma Long, 75, who died on May 17 from complications related to leukemia. Long worked for Biden, first as a campaign staffer and later as director of his Wilmington office, from 1977 until his election as vice president. Biden knew her entire family. For him, she was family. And for him, family comes first. It didn’t make headlines, it didn’t change the course of history, but to me that gesture says more about who Biden is — and who Trump is not — than anything else Biden’s done as president. He’s not the most charismatic politician. He’s not the best speaker. You may not agree with his policies. You may think he’s going too fast or too slow, spending too much money or not enough. But you must say this about Joe Biden: He’s a good man, a decent man, an honest man, and a loyal friend. Four things nobody ever accused Donald Trump of being.

One more thing. He’s a man of faith. Among a political class of religious pretenders, Joe Biden’s the real deal. His Catholic faith is central to who he is. He never misses mass on Sunday. He wears on his wrist the rosary beads from Our Lady of Guadalupe in Mexico his son Beau was wearing when he died. When Biden says he’s praying for you, he really means it. So, here’s what I don’t understand: How can today’s so-called evangelical Christians oppose a good man like Joe Biden and embrace an evil man like Donald Trump? Didn’t they insist, during the Clinton impeachment hearings, that “character” matters most of all?

It makes no sense. Evangelicals preach marital fidelity and sexual abstinence, yet they embrace a man who’s twice-divorced, has been accused of sexual assault by over 20 women, paid a porn star hush money not to talk about his affair with her shortly after his third wife had given birth, and bragged about grabbing women by their private parts? It doesn’t add up. Evangelicals cling to every word of the Bible, yet they worship a man who, when asked in a Bloomberg interview, couldn’t even name a favorite verse of the Bible, wouldn’t say whether he was an “Old or New Testament guy,” and referred to “Second Corinthians” as “Two Corinthians.”

Please explain. Evangelicals call themselves Christians, so how can they support the most un-Christian-like of all presidents: a man who vilified immigrants, ripped children from their mother’s arms, and tried to kill Obamacare, Social Security, Medicare, food stamps, unemployment insurance and any other government program that would help the poor and oppressed who are the very heart of Jesus’s message of compassion in the New Testament? Here’s how. They put religion second, and politics first. It didn’t start with Donald Trump. It started with Ronald Reagan, when evangelicals led by Jerry Falwell first abandoned their political neutrality and endorsed conservative Republicans for one reason only: because they promised to appoint Supreme Court justices who would overturn Roe v. Wade and block same-sex marriage. In addition, Trump promised them something else: making open racism OK. The vast majority of Trump’s religious supporters are white evangelicals, for whom he’s their champion in preserving white power. They cheered when he called neo-Nazis in Charleston “very fine people.” They’re the same brand of faux-Christians who once used the Bible to defend slavery and segregation.

We shouldn’t even call them Christians anymore. They once believed in Christ, but now they worship the anti-Christ. They once were saved, but now are lost. 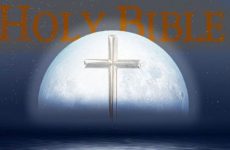