This April 1, 2018 file photo, shows a cross that lies in the rubble of a destroyed church that was blown up by Islamic State militants in 2015, in the deserted village of Tal Jazeera, northern Syria. (Credit: Hussein Malla/AP.)

ROME – Many Christians in Iraq and Syria cite fundamentalist terrorism and heightened tensions between the United States and Iran as the main reasons for the region’s dwindling numbers of Christians.

According to Father Andrzej Halemba, head of Middle East projects for Catholic charity organization Aid to the Church in Need (ACN), the most immediate need people in the region have “is security somehow and that this situation of violence and war will be solved soon, to give some people hope that a normal life could be reachable in the near future.”

“In Iraq, everyone is repeating that the tension between Baghdad, the Peshmerga, Shiite and Iran and the Americans is the main reason why Christians are leaving the country, not seeing that they can stay in peace in Iraq,” he said, speaking to Crux.

Iran and the United States have traditionally had a tenuous relationship. This was worsened in 2018 by U.S. President Donald Trump’s decision to pull out of the United Nations-sponsored nuclear deal with Iran and to launch subsequent sanctions. Things escalated last month when Trump ordered a drone strike that killed prominent Iranian general Qassem Soleimani.

Iran responded by launching a series of missile attacks against U.S. personnel in Iraq, prompting concerns throughout the region that another war could soon break out. The assassination of Soleimani, widely seen as the architect of Iran’s proxy wars in the Middle East, sparked fear in many that sectarian divisions between Sunni and Shiite Muslims in Iraq would be deepened.

Some Iraqis accuse Iran of worsening the political crisis in Iraq by interfering in the country’s efforts to form a government, after the United States supported recent demonstrations in Baghdad protesting Iran’s influence in Iraq.

RELATED: Iraqis hope attacks by U.S., Iran will ease and tensions will decrease

Halemba said the same goes for Syria, which is heavily impacted by the “total collapse of the financial situation” in Lebanon.

“This is impacting Syrian Christians badly as well, and the people of Syria. Humanitarian help is very low in these days due to the sanctions and due to the lack of currency in the country.”

“Everyone is repeating that security is the main issue,” he said, adding that they are hopeful Christianity will not disappear entirely from the Middle East, “but there are very clear signs that the number of Christians are diminishing rapidly.”

But there are other issues at work.

Part of the Christian exodus from Iraq, Halembah said, is because when Christians began returning to their villages after ISIS’s takeover of the Nineveh Plains in 2014, they came back “seeing no future.”

Job prospects are few, regional security is unstable, and there are growing tensions between the Shiite militias, Baghdad, “and the American intervention,” he said, noting that many believe there is still a “very vivid Daesh mentality” in the region surrounding Mosul, which is “discouraging Christians to persevere.”

Christians also feel like “second-and third-class citizens,” both in Iraq and in Syria, he said, noting that in Syria alone, Christians in Aleppo have dropped from 180,000 at the beginning of the war, now extending into its 10th year, to around 20-25,000. Now, most Syrian Christians are concentrated in Homs; however, like Iraq, even those who do stay are thinking about migrating.

Halemba said this exodus can be stopped “if there are major changes in security. That is why we have to do everything possible so that the Christians who returned will feel secure in their villages.”

These topics – migration and the survival of Christianity in the Mediterranean, particularly the Middle East – have likely been major talking points during a Feb. 19-23 assembly in Bari of more than 50 Catholic bishops from 19 Mediterranean nations, hosted by the Italian bishops’ conference.

RELATED: Bari trip gives Pope a chance to help save Christianity in the Middle East

Pope Francis, who has often used Bari as an occasion for ecumenical prayer and dialogue, will travel to Bari himself on Sunday to close the event, which is titled “Mediterranean, peace frontier.”

While political solutions are needed, Halemba said practical assistance can and has helped Christian families in the Middle East to stay, though for how long is an open question.

Speaking of ACN’s efforts in the region, Halemba said they are doing “quite a lot” in both Iraq and Syria. In Syria alone, they have received some 1,030 requests and have so far accommodated 900, including food baskets, baskets with hygienic products, scholarships for children to attend schools and targeted rebuilding of houses.

Having helped to rebuild homes for some 620 families, they are hoping to rebuild another 50 homes to accommodate around 60 families in Maaloula alone. They are also funding efforts to rebuild places of great historic and symbolic value that have been damaged in the war.

In Iraq, ACN has funded the rebuilding of several Christian villages, including houses, churches and historic monasteries. In total, they have supported some 47 projects costing around 8.6 million dollars.

In Africa, the organization also funds projects in South Sudan and Nigeria, where Christians have long been a target of extremist groups such as Boko Haram, and are currently facing persecution from the largely Muslim Fulani herdsmen.

“This is a clear message to the Christians: We support you and we are with you,” he said.

“It is our top priority to help Christians who are persecuted for their faith or discriminated against, or marginalized and reduced to citizens of the first category in these countries.”

Christians “are the most persecuted group in the whole world,” Halemba said, noting that around 200 million people are impacted by some form of unjust treatment, discrimination and persecution.

“The Christians really suffer as never before, and the Church has to be close to them, expressing solidarity by doing everything possible with prayer, with grants for the projects to help them stay where they are, as well as appealing, being a voice of the voiceless,” he said.

Crux is dedicated to smart, wired and independent reporting on the Vatican and worldwide Catholic Church. That kind of reporting doesn’t come cheap, and we need your support. You can help Crux by giving a small amount monthly, or with a onetime gift. Please remember, Crux is a for-profit organization, so contributions are not tax-deductible. 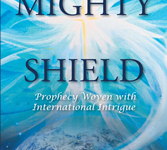