Breakthrough Along With Two Other Faith-Centric Films Receive Oscar Nominations

The faith-based film Breakthrough and two other faith-centric films received Oscar nominations on January 13—a rare feat for a genre that rarely achieves mainstream attention. Breakthrough (PG) was nominated for Best Original Song for I’m Standing With You, which was written by Diane Warren and sung by Chrissy Metz, who also starred in the film.

The movie is based on the true story of a teenage boy who is presumed dead after he falls through an icy pond and doesn’t breathe for 45 minutes. His heart starts beating again after his mother begins praying.

Although A Beautiful Day in the Neighborhood and Harriet aren’t categorized as Christian films on some movie websites, both were marketed to Christian audiences. Breakthrough, on the other hand, was considered a faith-based film by most Hollywood websites.

Among the Top 10 grossing Christian movies of all time listed by Entertainment Weekly, only one—2004’s The Passion of the Christ—received an Oscar nomination.

The Oscars will be televised live on Sunday, February 9 at 8 p.m. on ABC network. For more information, visit https://oscar.go.com.

Throughout the year, several Seattle Seahawks players have shown a higher priority over tackles and scorecards—a love for God and people.

During a contentious game against the Philadelphia Eagles in January, Eagles quarterback Carson Wentz was injured after a helmet-to-helmet hit and taken out of the game. After the Seahawks’ win over Wentz’s team, Seahawks quarterback Russell Wilson sought out the opposing team’s coach to hug him and inquire about Wentz.

“Real one,” SportsCenter tweeted in response to Wilson’s inquiry.

Wilson has always been open about his Christian faith. He chose the number three on his jersey to “honor the Holy Trinity” and visits the Seattle Children’s Hospital every week on his day off.

Across the field as a wide receiver, the Seahawks’ Tyler Lockett has used his football platform to share the gospel.

“The one thing that keeps you going is to have faith in God and that Jesus came and died for everything. He’s given you the things that you need to live a fulfilled, thankful life,” said Lockett. “I just give God all the glory. I know it’s making the best of all the opportunities given to you.”

Although the Seahawks may not have had the final outcome this season, the Christian faith of Wilson and Lockett has made an impact throughout the NFL.

Night to Shine, sponsored by the Time Tebow Foundation, is an unforgettable prom night experience, centered on God’s love, for people with special needs ages 14 and older. On Friday, February 7, Night to Shine celebrates its sixth anniversary. In 2019, on one night, 655 churches from around the world came together to host Night to Shine for approximately 100,000 honored guests through the support of 200,000 volunteers.

Locally, Night to Shine will be hosted in several churches in the Tampa Bay area, including First Baptist Church in Plant City. The event takes place on Friday, February 7 from 6-9 p.m. Admission to the event is limited to registered guests and their parents or caregivers, registered Buddies and registered volunteers.

For more information on Night to Shine at this location, call 752-4104. First Baptist Church Plant City is located at 3309 James L. Redman Pkwy. in Plant City. For other locations, visit www.timtebowfoundation.org/ministries. 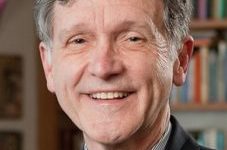