“It is sad news. Our beloved president passed on at 6 p.m. this evening,” said Vice President Samia Suluhu Hassan, who per the East African nation’s constitution will now become its first female president. “We have lost our courageous leader. All flags will be flown at half mast for 14 days.”

What officials did not confirm was weeks of speculation by opposition leaders and regional media that the 62-year-old had contracted COVID-19. The official cause of death: heart complications.

However, the situation echoed the chatter in neighboring Burundi last June, when President Pierre Nkurunziza died of COVID-19 at age 55, as both leaders drew criticism for their approach to the pandemic.

During a recent prayer service at Rugombo Pentecostal Church in the Cibitoke area of Burundi’s capital, Bujumbura, more than 100 worshipers followed pastor Joseph Ndayizeye as he led them in prayer.

He addressed the ongoing pandemic, stating that God is punishing human beings for their sins.

“It is not normal for the virus to invade the country and even kill the president,” prayed Ndayizeye, referring to Nkurunziza. “God punished us with the coronavirus pandemic because of our sins. Let us repent our sins and ask God for forgiveness and our prayers will be heard.”

His prayer is mirrored across the country of almost 12 million people. Many religious leaders in Burundi are reminding their congregants that God is angry with mankind for constantly sinning without repenting.

Ndayizeye noted that Burundian authorities have continued to commit serious human rights abuses against civilians and detainees with impunity.

“You cannot kill innocent people and promote evil like same-sex marriage and go unpunished,” he warned. “But our God is merciful. When we pray to him, there’s nothing impossible. He will defeat the coronavirus and we will be free.”

Burundi has recorded about 2,500 coronavirus cases, with 3 fatalities. In response, many citizens have intensified prayers and sought divine intervention in the fight against the deadly virus.

Although the landlocked country has closed its borders as new measures against the pandemic, officials said they have no plans to accept COVID-19 vaccines after the health minister, Thaddee Ndikumana, expressed reservations.

“Since more than 95 percent of patients are recovering, we estimate that the vaccines are not yet necessary,” said Ndikumana, noting the nation will focus on prevention measures.

Pascal Nyabenda, a politician who served as president of the National Assembly of Burundi from 2015 to 2020, has claimed that the virus was brought by God to punish the nation for its sins and urges churches to continue praying so that citizens will be safe from the pandemic.

“Only God can save this nation as we continue to observe the health protocols laid down by the ministry of health. Let us pray and ask for forgiveness from God,” he recently said at a Pentecostal church in northern Burundi.

However, pastor John Bigirimana has warned religious leaders and government officials about misquoting Bible verses and using them out of context to misinform the public about the pandemic. He said being born again does not mean that people should stop thinking and act brainwashed as in a cult. Instead, he urged Burundians to protect themselves from the virus and to embrace vaccines, saying Christians should have faith in both science and God.

“People should realize that COVID-19 is alive and seek medication and even get vaccinated,” said the pastor of Buterere Pentecostal Church in Bujumbura. “There’s nowhere in the scriptures where God commands Christians not to seek medical assistance. This is a pandemic all over the world. It’s not only to Burundians. Let’s not be cheated, unless we all want to die.”

Across the border, Magufuli on several occasions insisted that his country of 60 million, with a population roughly two-thirds Christian and one-third Muslim, had long defeated the virus through prayers. Before he was hospitalized, the president urged Tanzanians to pray for three days to defeat the new coronavirus variants amid warnings that the nation was seeing a deadly resurgence in COVID-19 infections.

“Maybe we have wronged God somewhere. Let us all repent,” Magufuli, who was a Catholic, told mourners at a funeral for his chief secretary, John Kijazi, on February 19. “God has never forsaken this nation. Let’s pray and fast for three days, I am sure we will win. We won last year, we will win this year and years to come.”

The Tanzanian president never locked down his nation to prevent the spread of the virus. Markets, churches, sport events, bars, and restaurants have remained open since the country confirmed its first case of COVID-19 a year ago. Authorities stopped updating virus cases last year when there were 509 cases and 21 deaths.

Magufuli also rejected COVID-19 vaccines for being promoted by foreign companies and countries, and had refused to embrace face masks and social distancing measures.

But the latest surge in COVID-19 deaths has left religious leaders and residents who initially believed in the power of prayer worried and concerned about their safety. Tanzania lost 10 other prominent citizens to coronavirus-like symptoms in recent weeks. Among them was Seif Sharif Hamad, the vice president of the semi-autonomous island region of Zanzibar, whose infection with COVID-19 had been announced by his political party.

Tanzanian pastor Joseph Mayala Mitinje said that although God heals virtually every known disease, it was time for Christians to understand that God often uses medicine to accomplish his healing.

“I don’t believe that there’s any disease that God cannot heal. He has given us the authority to cast out evil spirits and to heal every kind of disease and illness,” said Mitinje, an evangelical pastor who ministers at Africa Inland Church Tanzania in Arusha. “But God has filled men and women with the spirit of healing. Some go through medical college, and others God just fills them with the spirit of intelligence, knowledge, skills, and understanding like Bezalel and Oholiab [Exodus 31].”

“We should all understand that healing comes from God either through prayers or medical knowledge, because that’s a gift from God for the benefit of the public,” he said. “Jesus has healed a lot of people with coronavirus, but it’s not being reported because not everyone with COVID-19 is dying.”

Earlier this month, Tanzania’s Catholic church publicly acknowledged the reality that the virus was spreading. The leaders announced that the church had lost 60 nuns and 25 priests in the past two months who had shown symptoms.

“Priests are dying and sisters are dying, but this number within two months has shocked us especially considering the government has strengthened better health systems,” said Father Charles Kitima, secretary of the Tanzania Episcopal Conference, in a statement in Dar es Salaam. “Please continue taking precautions against this disease by following the instructions of the Ministry of Health.”

As COVID-19 continues to ravage the globe, with about 121 million confirmed cases and more than 2.6 million related deaths, the debate among East African Christians over the role of faith and prayer in fighting the disease continues to escalate.

“Can God heal a person from coronavirus? The answer is both yes and no,” said Erick Onzere, a Pentecostal pastor with the Assemblies of God in Kenya. “To those who believe in the name of the Son of God will obviously receive any kind of healing because there is power in the name of Jesus. But it’s difficult to receive healing or anything from Christ if we don’t believe he can give it to us. God heals in response to faith.”

However, Damaris Parsitau, a senior lecturer at the department of philosophy, history, and religious studies at Egerton University in Kenya, said no amount of prayers or faith can cure the virus. She believes only science and medicine are a reliable solution to the pandemic.

“African Christians have been praying for a cure for AIDS/HIV and Ebola for decades, but not a single person has certainly been cured of these dangerous viruses. The same logic should apply to COVID-19,” she wrote in an article for The Elephant.

“Faith and science should not be in contradiction with each other. Each plays important and significant roles in our lives,” she wrote. “Faith and prayers hold us together in hope and community while science tackles the virus in scientific and practical ways.”

Meanwhile, back in Burundi’s capital, Ndayizeye said even countries that have strictly followed health protocols laid down by the government have lost thousands of people to the virus. The Pentecostal pastor urged his congregation to repent and turn to God—citing the example of the Israelites begging Moses for help receiving forgiveness—to avoid imminent deaths.

“We have no choice right now but to trust God,” he said. “Repentance would bring healing.” 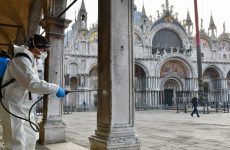 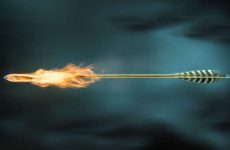 Prophecy: Angels Will Shoot Arrows of Fire to Ignite Revival