A best-selling Christian author has revealed that her daughter is a lesbian, and that she will always stand by her and celebrate her.

Jen Hatmaker is the author of nine books, including one New York Times bestseller, and has been open about her support for the LGBT+ community since 2016.

This has caused outrage among evangelical communities and one Christian bookstore even pulled her books from the shelves.

In a special episode of her podcast For the Love during Pride Month, the Christian author revealed that her daughter Sydney is a lesbian, and has been out for some time.

On the podcast, the mother and daughter had “a frank and beautiful conversation about what it’s like to grow up as the daughter of a popular Christian author and speaker and in a household steeped in the church, and realise you’re gay”.

Unsurprisingly, evangelicals were fuming once again.

In a news article, the Christian Post reported: “The majority of Christian denominations worldwide adhere to the Bible’s stance on homosexuality and teach that while it’s a sin, believers are commanded to love the sinner.

“Hatmaker and Sydney argue that love without affirmation is not enough.”

Similarly, Christian Headlines wrote: “We can champion biblical sexuality in the courts and larger culture, but we cannot predict or control secular outcomes.

“Nor can we predict when well-known Christian authors and speakers will change their minds about key biblical imperatives.”

Fundamentalist Christian Ken Ham, who owns the science-ignoring Creation Museum and this year said that sin is deadlier than coronavirus with a death rate of 100 per cent, wrote on his blog: “Such an announcement should break the heart of Christians.

“The admission that this young woman has embraced a sinful identity will only bring hurt, brokenness, and pain as she rebels against her creator and his word, but also distressing is that her mother — a professing believer — has decided this is something good, to be proud of, and to celebrate.”

Luckily, mother and daughter have also been overwhelmed with love and support online.

On Facebook, Hatmaker wrote about all the people that had been sending supportive messages: “Estranged moms asking their gay children to forgive them. Gay grandmas coming out for the first time.

“Siblings and aunts and kids of trans people reaching out with apologies and connection. Mamas saying they can love and affirm their young, closeted gaybies with no reservations now.

“LGBTQ people who finally believe Jesus loves them. IT IS TOO MUCH.” 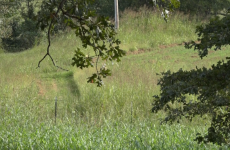