Joshua Harris has abandoned his Christian faith, news that marks another blow to American conservative evangelicalism.

Harris authored the best-selling I Kissed Dating Goodbye in his early twenties, unleashing unnecessary angst on a generation of evangelical teens. In his early thirties, he served as pastor of a Gaithersburg megachurch. He was also an influential figure in the Young, Restless, and Reformed Movement (YRR). Now, he has denounced his famous book, announced he and his wife are separating, and repudiated Christianity.

While Harris seems to be making a clean break with his past, the style of his apostasy announcement is oddly consistent with the evangelical Christianity he used to represent. He revealed he was leaving the faith with a social media post, which included a mood photograph of himself contemplating a beautiful lake. The earlier announcement of his divorce used the typical postmodern jargon of “journey” and “story.” And both posts were designed to play to the emotions rather than the mind. Life, it would seem, continues as performance art.

In a sense, that is exactly how and why the YRR was so successful: savvy harnessing of fashionable idioms and marketing strategies, exceptionally clever use of social media, large and well-organized conferences, and professional-grade websites—all fronted by attractive personalities and brilliant communicators. Orthodoxy as performance art, one might say. And Harris was both a product of and a player in the YRR project.

Many Christians were helped by all this. The YRR theology was at best a diluted form of Calvinism, but it had a largely positive influence in the pews.

But the movement’s leadership was often arrogant. In public, critics were derided and then ignored; in private, they were vilified and bullied. An extensive informal network of individuals, institutions, and organizations who wanted a slice of the YRR action was happy to oblige the padrini by keeping critics on the margins. And one by one big leaders fell from favor: Mark Driscoll, James MacDonald, Tullian Tchividjian, C. J. Mahaney, now Josh Harris. On Friday the news broke that The Village Church, home of YRR megastar Matt Chandler, is being sued over alleged mishandling of sexual abuse.

But at no point has there been any apparent heart-searching, among those left in the movement, as to whether such falls indicate a problem in the very culture of the YRR—at best a lack of judgment in its choice of headline acts, at worst a fundamental lack of integrity. Sorry, as Elton John sang, seems to be the hardest word. Which is odd for a religion predicated on repentance.

Early in the movement’s history, I spoke with a couple of the leaders. One told me that his organization was “God’s means of doing something great in this day and age.” As delusional as such a claim obviously was, it did seem to reflect the general ethos at the time. Another told me that I needed to understand that the movement was “leveraging celebrity culture to do something for the gospel.” Boromir tried to do something similar with the ring of power, as I recall.

Many evangelical Christian organizations and movements have a similar kind of messianic self-consciousness. And it eventually leads to great evil. As soon as you identify God’s purposes with those of yourself or your organization, ordinary Christian principles—honesty, decency, etc.—quickly disappear. A few years ago, a minor evangelical arriviste was caught in serious sin. His employer’s announcement of this might be summarized as follows: “When we are doing so well for the Kingdom of God, we can expect the Devil to attack our best men.” Maybe. But the logic was that of every tinhorn cult leader: The evidence that we are corrupt, or employ seriously corrupt people, is really just evidence of how important to God’s Kingdom we are. How convenient. It is the Christian equivalent of Wall Street’s “too big to fail” ethic.

And this brings me back to Harris. It is sad that his marriage is at an end. It is sad that he has abandoned the faith. He alone must take final responsibility for his actions. But he was also the product of, and a major player in, a wider movement that is proving increasingly problematic. As a product, he was exploited by those who saw in him a marketing opportunity and consequently gave him far too much exposure and responsibility far too soon. He was used. I wonder if any of the leading YRR lights have spent a moment reflecting about whether they and the culture they created bear any responsibility for this mess. Or is Harris’s apostasy merely another of those Satanic attacks that confirm that they are on the right track and must press on?

As a player, Harris might be qualified to do the evangelical church one last favor: He can expose the behind-the-scenes shenanigans—the money made by at least some of the leading lights, and the power wielded by an unaccountable few—of Big Evangelicalism. That would seem a more important contribution than emotive talk of personal journeys, gobbledygook about repentance detached from any notion of God, and the continuation of life as performance art.

The body count in the YRR leadership is already high. Harris might be able to ensure that the leaders who are left will operate with more humility, transparency, and integrity in the future.

Carl R. Trueman is a professor in the Calderwood School of Arts and Humanities at Grove City College, Pa., and Senior Fellow at the Institute for Faith and Freedom. 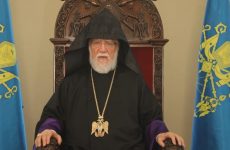 Judaism, Christianity and Islam can play a key role together: Aram I addresses international forum ahead of G20 Summit 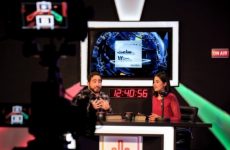 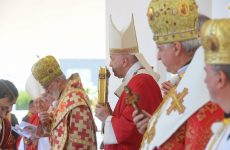 Christianity without the cross is ‘sterile,’ pope says in Slovakia