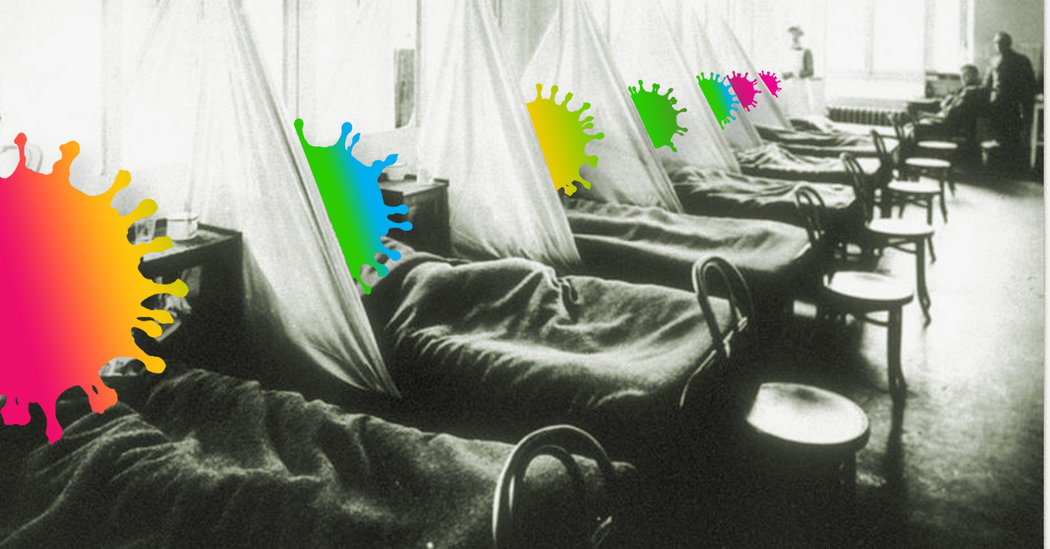 My new novel, “The End of October,” which comes out next month, is a work of imagination. The book is not prophecy, but its appearance in the middle of the worst pandemic in living memory is not entirely coincidental either. It began with a simple question from the filmmaker Ridley Scott, who had read Cormac McCarthy’s postapocalyptic 2006 novel “The Road” and asked me, “What happened?” How could human civilization become so broken? How could we fail to preserve the institutions and social order that define us when we are confronted with something unexpected — a catastrophe that in retrospect seems all but inevitable?

This is not the outcome I anticipate for the current coronavirus (Covid-19) pandemic. In writing my book, however, I’ve come to appreciate that we would be naïve and prideful to believe we have escaped the snares of disease that nature is constantly devising.

I’ve been accused of being uncannily prescient before. In 1998, “The Siege,” a movie I co-wrote (with the director Ed Zwick and his writing partner Menno Meyjes), addressed a similar question: What would happen if terrorism came to America, as it already had to London and Paris, not to mention Tel Aviv. What if it happened in New York? The movie, which starred Denzel Washington and Annette Bening, supposed that radical Islamists were behind the attacks. It was a box office bust, but after 9/11 it became one of the most rented movies in America.

It felt a little creepy to have imagined an awful future that went on to become an even more awful reality. Now, as I read the papers and watch the news, I have that same unsettled sensation of revisiting scenes that I have already written. I’m constantly judging what I got right and what I missed entirely. For instance, quarantine plays a big role in my novel; the virus breaks out during the hajj, and Mecca, with three million pilgrims, is sealed off. I worried that these scenes would come off as unrealistic — until China put 11 million people in Wuhan on lockdown. Now governments around the world are trying to enforce similar draconian measures.

What may seem like prophecy is actually the fruit of research. As a writer, I’ve always been more surprised by reality than by imagination, so I try to hew to science, history and human experience. In both “The Siege” and “The End of October,” I examined what had happened in similar episodes in the past. I spoke to experts who could guide me to create a plausible narrative — from facts that would resonate with the fiction on the screen and on the page.

Get an informed guide to the global outbreak with our daily coronavirus
newsletter.

Pandemics — like wars and economic depressions, with which they often coincide — leave scars on the body of history. So much of the story of civilization has been about our struggle to survive in close quarters with one another, which allows pathogens to proliferate. As some of the most fearsome communicable diseases of the past — polio, typhus, cholera, yellow fever — have been tamed or eliminated, they have receded from the awful prominence they once held in human affairs. Plague killed perhaps 50 million people during the reign of the Emperor Justinian in the sixth century, about half the world’s population at the time. The next plague pandemic, known as the Black Death, was the deadliest in human history, arising in China in 1334 and stalking the trade routes of Central Asia and Europe until it subsided 200 years later. Smallpox, one of the most infectious diseases on record, killed about 400,000 people a year in Europe alone, and of the survivors, about a third became blind.

The scourge didn’t abate until 1796, when an English doctor named Edward Jenner realized that milkmaids seemed immune to the disease. He theorized that they had been protected by their exposure to cowpox, a similar disease found in cattle but not fatal in humans. To test his theory, he took a sample of cowpox from a farm girl named Sarah Nelmes and injected it into his gardener’s 9-year-old son. Months later, Jenner injected the boy with smallpox as well. When the boy failed to become infected, a new age in medicine was born.

As I researched my novel, I realized how close we had come in recent times to facing an existential disease threat. One of the heroes of public health was Carlo Urbani, an Italian doctor who specialized in parasitic illnesses. He devoted himself to fighting flatworms in children living along the Mekong River. In February 2003, he received a call from the French hospital in Hanoi. A dangerously ill patient had arrived from Hong Kong. Antibiotics were ineffective. Doctors and nurses in the hospital were falling ill. (Altogether the man infected 80 people, including more than half the medical workers who cared for him.)

Dr. Urbani imposed a quarantine on the hospital. He was the first to identify what came to be called severe acute respiratory syndrome, or SARS, notifying the World Health Organization of a highly infectious novel disease that could easily become pandemic. He personally ferried blood samples on his moped through the panicked city to a lab. He persuaded the Vietnamese government to address the contagion transparently and decisively. Thanks to his actions, Hanoi was spared the worst, the disease’s spread was curbed in 16 other countries and SARS was contained within 100 days. This was hailed as the most effective response to a potential pandemic in history, but the triumph was shadowed by Urbani’s own death of SARS a month after the outbreak began.

In 2012, another fearsome disease, the Middle East Respiratory Syndrome, or MERS, broke out in Saudi Arabia and later spread to South Korea. The disease originated in camels but became transmissible among humans. Like SARS and Covid-19, MERS is a coronavirus. SARS killed about 10 percent of those infected; MERS about 35 percent. Both are far more lethal than Covid-19, but perhaps not as contagious.

In my novel, I chose to make influenza the central character. The disease remains unconquered, killing tens of thousands of Americans every year, and hundreds of thousands in the rest of the world. I imagined what would happen if a brand-new strain of influenza arose, like the Spanish flu of 1918, which killed at least 50 million people. In the modern era, with billions of people traveling, meeting and shopping, how quickly would such a disease progress? How many would die? What would happen to our economy, our government, our civilization? How long would it take to develop a vaccine or find a cure? And what would it take to do so?

I was fortunate in writing “The End of October” to have been able to consult some of the ingenious and courageous scientists and health care workers who are now at the front lines of fighting the very real virus that threatens us today. It is to them that I have dedicated my book. 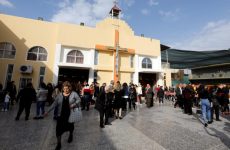 Not even CHRISTIANS take Christianity seriously