People might be confused about how a Republican Party that once worried about government overreach now seeks to control medical care for transgender children and retaliate against a corporation for objecting to a bill targeting LGBTQ students. And why is it that the most ambitious Republicans are spending more time battling nonexistent critical race theory in schools than on health care or inflation?

To explain this, one must acknowledge that the GOP is not a political party anymore. It is a movement dedicated to imposing White Christian nationalism.

The media blandly describes the GOP’s obsessions as “culture wars,” but that suggests there is another side seeking to impose its views on others. In reality, only one side is repudiating pluralistic democracy — White, Christian and mainly rural Americans who are becoming a minority group and want to maintain their political power.

The result is an alarming pattern: Any moment of social progress is soon followed by reactionary panic and claims of victimhood. It’s no mere coincidence that Donald Trump, the leader of the birther movement, succeeded the first African American president. Nor should the anti-critical-race-theory movement surprise anyone given the mass protests in the wake of George Floyd’s murder in 2020. Understanding his phenomenon is crucial to preserving pluralistic democracy.

Sherrilyn Ifill, former head of the NAACP Legal Defense Fund, recently recalled the period of protest after Floyd’s murder in an engrossing podcast with former secretary of state Hillary Clinton. The movement, Ifill explained, was the first time many Americans collectively empathized with those who had experienced systemic injustice. But “those who are arrayed in opposition to justice and equality have not lost sight of it,” she said. “What they saw [in the protests] is part of what undergirds the current movement that you’re seeing around the country right now.”

Thus, Ifill argued, the MAGA crowd is frantically maneuvering to halt education “about the truth of the history of racism and white supremacy, of the struggle for justice in this country.” The goal is to stymie the development of children’s empathy and awareness of racial injustice.

In a real sense, the MAGA response is an effort to conserve power and to counteract the sense of a shared fate with Americans who historically have been marginalized. The right now defines itself not with policies but with its angry tone, its malicious labeling and insults (e.g., “groomer,” “woke”), and its targeting of LGBTQ youths and dehumanization of immigrants. Right-wingers’ attempt to cast their opponents as sick, dangerous and — above all — not “real Americans” is as critical to securing power as voter suppression.

The indignation of MAGA personalities when presented with the reality of systematic racism is telling and very much in line with White evangelical Christian views. As Robert P. Jones, the head of the Public Religion Research Institute who has written extensively on the evangelical movement, explained in an interview with Governing:

What we saw in the 20th century was that edifice of white supremacy that got built with the support of white Christian leaders and pastors and churches. Once it was built, the best way to protect it was to make it invisible, to create a kind of theology that was so inward focused that Christianity was only about personal piety. It was disconnected from social justice, politics, the world. It led white Christians to be fairly narcissistic and indifferent to injustice all around them. Martin Luther King Jr. had that line in Letter from Birmingham Jail where he’s in dismay not about racist Christians, but about so-called moderates in Birmingham, the “more cautious than courageous” white Christians who “remained silent behind the anesthetizing security of stained glass windows.”

Indeed, rarely has King’s admonition been more appropriate: “I have watched white churches stand on the sidelines and merely mouth pious irrelevancies and sanctimonious trivialities. In the midst of a mighty struggle to rid our nation of racial and economic injustice, I have heard so many ministers say, ‘Those are social issues which the gospel has nothing to do with.’ ”

Today, those who argue that America is a White, Christian nation simultaneously insist they are devoid of bigotry. The MAGA crowd is offended by any attempt to identify the ongoing reality of systemic racism (evident, for example, in the criminal justice system, maternal health care, housing discrimination and gerrymandering to reduce minority voting power). The notion that institutions they refuse to reform perpetuate racism is a sort of moral challenge to their claim to be “colorblind.” Perhaps it is simply self-interested blindness.

No one should be surprised that the “big lie” has become gospel in White evangelical churches. The New York Times reports: “In the 17 months since the presidential election, pastors at these churches have preached about fraudulent votes and vague claims of election meddling. … For these church leaders, Mr. Trump’s narrative of the 2020 election has become a prominent strain in an apocalyptic vision of the left running amok.”

If anti-critical-race-theory crusades are the response to racial empathy, then laws designed to make voting harder or to subvert elections are the answer to the GOP’s defeat in 2020, which the right still refuses to concede. The election has been transformed into a plot against right-wingers that must be rectified by further marginalizing those outside their movement.

Our political problems are significant, but they are minor compared with the moral confusion that is afflicting the millions of White Christian Americans who consider themselves victims. Left unaddressed, this will smother calls for empathy, tolerance and justice. 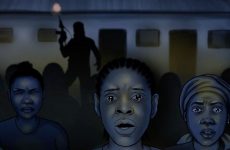