A jurisdiction of one of Christianity’s oldest churches will hold its national convention in Baltimore this week, marking the second time this month that a prominent Christian faith tradition has held its most important regular gathering in the city.

The Orthodox Church in America — one of the largest jurisdictions of the Eastern Orthodox church in the United States — kicks off its “All-American Council” on Monday at the Hilton Baltimore Inner Harbor.

More than a thousand officials, bishops, clergy members and parishioners of the 228-year-old branch of the worldwide church are expected to attend the five-day conference, where they’ll address business concerns, network, hear from delegates from its 14 dioceses and might consider resolutions on issues such as the ongoing war in Ukraine.

The Very Rev. Alexander Rentel, chancellor of the Orthodox Church in America, says delegates will deal with such arcana as pension plans and the election of new officials but more broadly will be “taking a hard look” at an ongoing shortage of priests, fostering the involvement of young people and making sure to hear from some of the jurisdiction’s more “far-flung” dioceses, including those in Alaska and Mexico.

Roughly one in five Orthodox Church in America parishes lacks a full-time priest, Rentel said, terming the situation a “vocations crisis.” He said delegates will consider remedies to the problem throughout the conference.

The conference agenda makes no reference to the war in Ukraine, now in its sixth month, but that doesn’t mean delegates won’t develop and present a resolution on the subject from the convention floor, Rentel said, a practice he calls common at conferences.

Either way, the OCA has made clear it opposes the invasion by Russian Federation forces of the adjacent Orthodox nation. The head of the jurisdiction, His Beatitude Metropolitan Tikhon, issued in February a statement condemning the action. Church officials have repeatedly done likewise since, and the branch has raised more than $730,000 for Ukrainian refugees.

“No Christian can remain impartial or lukewarm in the face of the suffering or remain silent when confronted with such evils as are being perpetrated,” Metropolitan Tikhon said in a statement in March.

By some measures, the Orthodox Church in America is a modest branch of the Eastern Orthodoxy, a communion that claims about 220 million adherents around the world. The jurisdiction’s approximately 90,000 baptized followers place it second in North America, far behind the Greek Orthodox Archdiocese of America, which claims between 450,000 and 2 million, depending on the method of counting used.

But the OCA’s 700 parishes on the continent, including more than 550 in the U.S., are the most for any Eastern Orthodox branch, eclipsing the Greek Orthodox (about 525) and Antiochian Orthodox (275) branches.

In many ways, it reflects the unofficial motto of its adopted nation: “e pluribus unum,” or “out of many, one.” Immigrants from Russia, Ukraine, Serbia, Albania and other mainly Eastern European countries have founded OCA parishes. It’s one of the few Orthodox branches in North America to be unaffiliated with any national or ethnic group, and its official liturgical language is English.

The church traces its founding to the 1790s, when a small team of Russian Orthodox monks set up a mission in Kodiak, Alaska. It spread south and eastward over the next century and more. The Russian Orthodox Church granted the branch its autonomy — and gave it its current name — in 1970.

Jurisdiction leaders and members have held churchwide meetings every three years since 1907, with a few exceptions. This week’s is the first to be held in Baltimore, which is home to St. Andrew Orthodox Church. Located in Butchers Hill in Southeast Baltimore, the 82-year-old congregation is one of seven OCA parishes in the state. The others include the Orthodox Church of Saint Matthew in Columbia and Holy Archangels Orthodox Church in Annapolis.

The jurisdiction chose Baltimore, Rentel said, in part because the city is located within the Diocese of Washington, D.C., the diocese of which Metropolitan Tikhon is archbishop.

The conference was originally scheduled to take place last July, but with the coronavirus pandemic still sweeping through the region at the time, church officials decided to postpone it for a year.

The postponement also brought about a change in planning. The theme of last year’s event was to be “hope in an age of despair,” but Tikhon, a 56-year-old Boston native whose secular name is Marc Raymond Mollard, said in a virtual talk last year that he believes most Americans “lived” that theme for a year and a half while dealing with the pandemic.

He and church officials changed the theme to “becoming vessels of grace” — a nod, Tikhon said, toward the OCA’s need to commit every resource it can toward strengthening its witness as an embodiment of Christ. That, he said, has to do with the need to educate and support more priests but also means OCA believers must commit to its mission, from the faithful in the pews to the leaders at the jurisdiction’s headquarters in Syosset, New York, and beyond.

“We need priests to baptize, to marry, to bury, to confess, to comfort, to counsel, to teach and support and help our faithful,” Tikhon said. “We need musicians, catechists, monastics who are inspiring asceticism and ceaseless prayer. Above all, we need Christian human beings who are prepared to be the church, and to me, that’s really what is expressed in a very visible way by the All-American Council.” 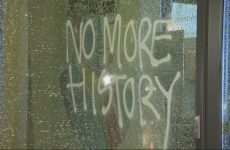