Every year, on the first Sunday of November, churches across America dedicate a time during their services to pray for their Christian brothers and sisters who live in countries where they cannot practice their faith freely. This year, the International Day of Prayer for the Persecuted Church falls on Nov. 3.

Religious persecution — particularly against Christians — is at an all-time high. More than 245 million Christians live in countries where they experience high levels of persecution, according to Open Doors. But there are a few countries where the level of harassment and hostility is so intense that they’re classified as places of extreme persecution. One of these places is Iran.

While America’s conflict with Iran has generated concerns about the possibility of war in the Persian Gulf, few people are talking about the fact that Iran is one of the worst persecutors of Christians in the world.

Open Doors has listed Iran in its top 10 most dangerous countries for Christians for nearly a decade. Pew Research, in a recent report, also lists Iran as having one of the highest levels of government restrictions on religion in the world.

Being a Christian in Iran automatically puts a person’s life at risk, but it’s particularly dangerous for Iranians who have converted from Islam to Christianity. They have to live their faith secretly, pretending they are faithful Muslims when in reality they are Christians. These believers cannot go to one of the few churches the Iranian government has given limited permission to operate; they cannot hold services in Persian; they have to meet in secret to avoid attracting authorities.

Since the Islamic Revolution in 1979, Iran has cataloged Christianity as an existential threat to the nation. In fact, the Iranian regime fears Christianity so much that Iran’s intelligence minister, Mahmoud Avali, recently expressed concern over Iranians who are becoming Christians.

Describing the threat, he said, “These converts are ordinary people whose jobs are selling sandwiches or similar things,” suggesting these are uneducated people, vulnerable to Christian “propaganda.”

The minister’s view is shared by other leaders in Iran. One of the members of Iran’s Expediency Discernment Council, which advises Iran’s Supreme Leader, in an interview with an Iranian news agency said, “No sane person abandons the pure religion of Islam. … The only reason for this deviation to Christianity is poverty.”

But when the government asked some of these converts why they chose Christianity, they received an unexpected answer: “We had no choice but to summon them to ask them why they were converting,” the intelligence minister recounted. “Some of them said they were looking for a religion that gives them peace.”

What Iran’s leaders might not realize is that when the Iranian Revolution ushered in an era of Islamic dominance, it also triggered a Christian revolution. Church historians point to an explosive growth of Christianity in Iran since the revolution. Although it’s hard to determine exactly how many Christians are in Iran, given that most must keep their religious identity secret, it’s estimated there could be as many as 800,000 Iranian believers. Mark Bradley, who has written about Christianity in Iran, says that more Iranians have become Christians in the past 25 years than in the past 13 centuries combined.

Today, Iran has one of the fastest-growing Christian communities in the world, and there are not enough Bibles to meet the demand.

To a Christian living in a country with extensive restrictions on religion, there’s nothing more precious than a Bible. We have heard stories of Iranian Christians who copy portions of the Bible by hand so they can share it with others. Others give the only precious copy of the New Testament they own to someone they believe needs hope, while others access the Bible through encrypted mobile apps so the government won’t be able to track them.

The Iranian regime has gone to great lengths to prevent people from having access to the Bible. The government even has begun throttling internet speeds and prohibiting people from owning satellite dishes so they cannot access Christian literature and TV programming, according to a country profile prepared by Open Doors.

About 12 years ago, World Help started working in Iran to distribute Bibles. Our donors helped fund a new Persian translation of the New Testament, which we help print and secretly distribute through a trusted network. Our partner recently completed a translation of the entire Bible, which has created increased excitement and demand among the underground church.

People often ask us why we provide Bibles to Christians in persecuted countries, especially when owning a Bible can get Christians in serious trouble with the authorities. I’ll let a believer from Iran answer that question. He said to our partners, “When I had the opportunity to read the Bible, I found true hope. We pray we can share the Good News with more Iranians desperate for hope.”

To Christians in Iran, North Korea and other countries where they face fierce persecution, the Bible is not simply a lifeless, religious text to be studied or memorized. It is a source of hope in the middle of darkness.

As we take time to pray for persecuted believers across the world today, I hope we will remember these Christians, pray for them and commit to do everything we can to help them practice their faith freely and without fear of retaliation.

Vernon Brewer is the founder of World Help, a Christian humanitarian organization serving the physical and spiritual needs of people in impoverished communities around the world. Since its inception in 1991, World Help has delivered humanitarian aid to people in 71 countries. Follow him @vernonbrewer. 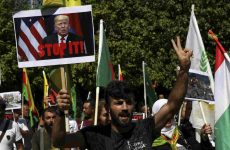 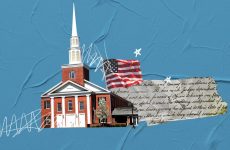