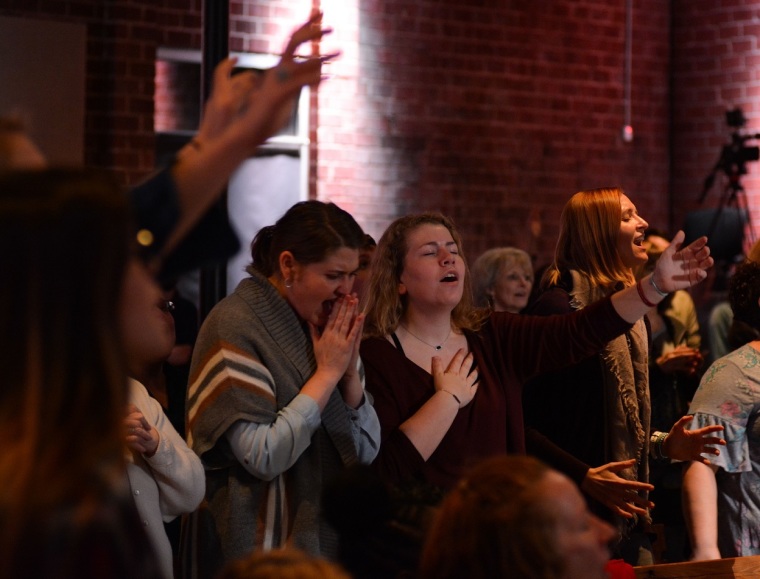 In Real Christianity: How to Be Bold for Christ In a Culture of Darkness, author and pastor Dale Partridge offers a sober, concise and profound reminder of the biblical characteristics and requirements of a Christian and challenges modern-day believers to see how they measure up.

“I did not write this to accuse the lukewarm, but to rouse the faithful,” Partridge, a Bible teacher who operates a global church planting ministry at RelearnChurch.org, declares in his introduction. “Real Christianity is a book for Christians looking to be more like Christ. It is not an out-looking book aimed to highlight the contrast between ‘real Christians’ and ‘fake Christians.’ It is an in-looking book aimed to highlight what the Bible says about being a real Christian and a careful examination of your personal walk with Jesus.”

Partridge makes his case by using biblical evidence to support the need for Christians to establish a deeper relationship with Christ. He challenges popular theologies like the prosperity gospel and the idea that belief in Jesus alone, for example, is enough to qualify someone as a Christian.

“Ultimately, salvation isn’t simply dependent on belief in Jesus’ existence. Jesus’ own brother, the Apostle James, knew this when he wrote, ‘Even the demons believe — and tremble.’ (James 2:19). In truth, salvation (and a fruitful Christian life) is dependent on three things: belief that Jesus is the Christ, a willingness to make Him Lord, and a recognition that God raised Jesus from the dead. Together, these three postures create the bedrock for divine relationship,” Partridge argues.

“Jesus is Lord. And until we fully renounce our lives and relinquish the desire to direct our own paths in this world, we will not understand what it means to be a real Christian — a Christian who has died in the flesh, been born again of the Spirit, and who now walks by faith in a precious relationship with their Lord,” he explains.

Real Christians, Partridge notes, also accept the complete truth of Scripture with the full understanding that God’s Word doesn’t change. He adds that if there is something that Christians find disagreeable in Scripture, it’s usually the individual who needs to change and not God’s Word.

“God’s Word is unchanging. It’s immovable. Jesus Himself says in Matthew 24:35, ‘Heaven and Earth will pass away, but My words will by no means pass away.’ Real Christians don’t avoid the text because of its unpopularity or discomfort or difficulty within a modern culture. Real Christians embrace God’s Word in all times, hoping that it will mature their faith and glorify God in the process,” he says.

“It’s peculiar to me how many pastors dismiss difficult parts of Scripture — from the creation narrative and the Garden of Eden to Noah’s flood and Jonah’s time in the great fish. May I please remind you that these are all portions of God’s story that Jesus personally mentions during His earthly ministry? In other words, are you really going to believe in Jesus, but not believe in Jesus’ belief in the Scriptures?” he asks.

And this is where faith in God’s Word is expected from followers of Christ, he says, because “we will not fully understand everything we read.”

“We must make room for faith or what theology calls ‘divine accommodation’ — meaning intellectual compromise when heavenly ideas hold earthly ambiguity. Thankfully, we serve a God who is very logical with us and has sufficiently revealed Himself in many pragmatic ways. Yet still, it requires faith, humility, and a decent tolerance for mystery to believe in the total accuracy of Scripture,” Partridge says. “We have to admit that we don’t understand everything God has written.”

Citing Scriptures such as Luke 14:25–33, Partridge explains that many Christians today are not being taught that the life of a Christian is one of sacrifice.

“As you read this passage, it’s easy to see that Jesus doesn’t sugarcoat the cost, commitment, or consequences hidden behind the decision to come to the altar and follow Him. He’s upfront and raw. Out of His abundant grace and love, He makes it profusely clear that there is no such thing as costless Christianity. He isn’t interested in winning people under false expectations. He wants you to know everything before you pick up your cross, die on that altar, are born again of the Spirit, and become His disciple,” Partridge says.

“There’s no bait-and-switch. There’s no sales pitch. Jesus even encourages them to sit down and collectively consider the cost before making such a colossal commitment. Why? Because it’s a life-altering decision (no pun intended). … Don’t be a fool. If you follow Jesus, you will pay a price, you will die on an altar, but then you will truly live. Matthew 16:25 confirms this when the Lord tells us, ‘For whoever desires to save his life will lose it, but whoever loses his life for My sake will find it,’” he notes.

Western Christianity, he asserts, frequently tries to bury the sacrificial portion of the life of a Christian “under prosperity messages and celebrity pastor platforms,” but it doesn’t change the truth that in order to be a disciple of Christ Christians must be willing to live according to God’s Word and that comes at a cost.

“… The Western Church has not authenticated a Christian by their willingness to abide in God’s Word, instead, they validate discipleship by how high you raise your hands during worship or how fervently you prayed in your small group or how often you serve in your church.

“Again, these common Christian expressions are not bad or sinful but they are different metrics of measurement than those of Jesus. Ultimately, the modern church sees genuine Christianity by spiritual activity instead of one’s love for Christ shown through abiding in Him and His Word,” Partridge says while noting that this approach doesn’t “create spiritual security.”

When Christians approach their faith with sacrifice in mind, Partridge emphasizes, it helps in standing against a culture that is hostile to their faith. He also argues that the reason Western Christians aren’t experiencing the kind of persecution being evidenced in other parts of the world is due to more than just the blessings of religious freedom protections.

“While the United States has surely shielded the opportunities of mass scale persecution with its current Constitution, I believe the majority of the persecution warned of in the Scriptures is regarding the interpersonal relationships of small communities, not the rare, widespread genocidal form we see scattered throughout history,” Partridge said. “We, as Christians, must be careful that the fear of man isn’t forcing us to cower on matters where God calls for courage. Bottom line, we are not lacking persecution in the West because persecution doesn’t exist, we’re lacking persecution because we’re not standing for truth worthy of persecution.”

He further argues that “real Christianity” is also “about indescribable and unfathomable love” and that the Western Church needs to come back to the Bible.

“I believe much of the doctrinal naivety and biblical illiteracy among Christians in the West is merely a result of how we have chosen to do church. … Because we have converted the meeting of the saints almost solely into the outward work of evangelism, we have largely limited the more advanced and mature doctrines of Scripture from the pulpit. In fact, in our efforts to meet the needs of the lost through evangelism, we have actually failed to meet the needs of the saved through doctrine,” he said.

“As a result, we have a thin church, starving on meager rations of truth. Ultimately, the Western Church is spiritually immature because we have made our time together on Sunday centrally about the visitors and, in doing so, have neglected the spiritual growth of the committed.”

As a result of this situation, “millions of Christians are leaving the institutional church on a search for Jesus,” he said.

“They are Gospel believing nomads homesick for deep and committed missional community. They are longing to be discipled and spiritually parented by mature men and women of the cross. They are craving the unabridged and rich truths of the Bible. But most of all, they want their church experience to match up with the explosive, vibrant, and powerful Christian account they see in the New Testament,” Partridge added.

To help challenge readers seeking a deeper relationship with God, at the end of every chapter in the book Partridge poses a series of questions to help them compare how their understanding of Christian discipleship matches up with the evidence he presents.

Believers will also quickly be able to decide whether they are measuring up to the evidence because the Scriptures are well-presented and difficult to argue with. If you’ve been struggling with where you are in your faith lately, Partridge’s Real Christianity: How to Be Bold for Christ In a Culture of Darkness might just be the kick-start you need to start living out your faith more boldly. 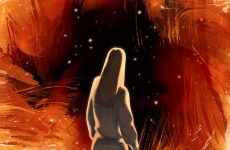