The armed men reportedly kidnapped the eight people at Engravers’ College in Chikun County shortly after midnight on Oct. 3, according to Morning Star News.

“I just pray that nothing happens to them and that they come out alive,” Julde Juli, whose 15-year-old daughter was among those abducted, told the news outlet. “I trust that our God is sovereign over all things. We are trusting that through divine intervention our children would be rescued.”

The abductors have made contact with officials and demanded a ransom. Initially, they asked for about $82,327 USD per student, Morning Star News reported.

The school — which is open to students who are not Christians — has about 100 students. It has closed for now following the kidnapping, and students have returned to their families.

The school is reportedly located in what is referred to as the “kidnapping belt of the state,” according to Morning Star News.

“It is always a moment of sadness when young people that are trying to get an education become victims of these criminals,” Kaduna Governor Nasir el-Rufai said last week. “But kidnapping has become widespread that for many people, it is not news. For us in Kaduna, this is one of the biggest tragedies, and we are doing everything to manage the situation to get the children and their teachers safely and pursue these kidnappers with everything that we have got.”

He said the radical Islamic “bandits” have been in contact with the terrorist group Boko Haram and “will be targeting schools to kidnap children because they know that that is what makes the news.”

As Faithwire previously reported, Christian persecution in Nigeria is rampant and terrifying — but getting little to no mainstream media attention. It is Boko Haram, literally translated, “Western education is a sin,” that has left the roughly 91 million Christians living in the West African nation fearing for their lives.

Nigeria is ranked No. 12 on the nonprofit Open Doors USA’s list of countries with extreme persecution of Christian people. 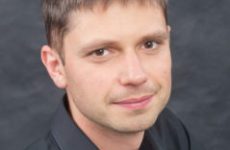 Webinar to look at “The Materiality of Armenian Christianity: Gospel Books as Sacred Objects”