In Jerusalem the center of Jewish existence, there is a famous sacred mountain which has long played an important role in Jewish history and in prophetic events.  I am referring to Mount Moriah.  There is a prophecy that the Jewish temple in Israel will be rebuilt during the end times and antichrist will sit in the temple as God. Many people, particularly those who do not believe that the Bible is the Word of God, find this prophecy ridiculous. Others consider this prophecy a myth and a fiction because they say that this prophecy cannot be fulfilled – because a Muslim temple, the Al Aqsa Mosque stands today on Mount Moriah.  Bible-believing Christians, however, say that with God, nothing is impossible.

Let me share with you some Biblical and historical references about Mount Moriah:

This column continues to give out copies of the Holy Bible for free to those who cannot afford to buy their own copies. If interested, please send your letter-request to Ms. Nelly Favis Villafuerte, 5233 Fahrenheit St., Palanan, Makati City. Kindly mention if it is the Tagalog, English, Cebuano, or Ilocano Bible that is preferred.

Be joyful and forgiving!

(Comments may be sent to Ms. Villafuerte’s email: [email protected].) 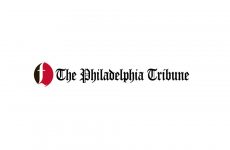 This 19th-century argument over federal support for Christianity still resonates