On Saturday, an MSNBC panel discussed the possibility that certain groups of white evangelicals may be souring on President Donald Trump — and what it means that so many of them have not yet.

“What you see in the Christianity Today article is a publication speaking to and for white evangelicals who have always been uncomfortable with Trump,” said Religion News Service national reporter Jack Jenkins. “The whole subset are, in fact, Democrats. But a lot could be described as centrists or moderates. Some might have held their noses and voted for him in 2016. If they continue to express this kind of frustration like we saw in that Christianity Today editorial, there’s a chance he might lose some. They could vote independent or third party, or some might end up voting for Democrats. So there is some sense of concern within the Trump camp, looking forward in terms of shoring up their support among white evangelicals.”

“First and foremost, look, I’m a Christian author. My wife is ordained minister,” said Martin. “And the reality is this here — white conservative evangelicals are Christian frauds. Let me say it again: they’re frauds. If you look at the Moral Majority from the Jerry Falwells and the Pat Robertsons of the world, all we heard from them since the late ’70s and ’80s, character, values, morals, and all those things. Yet, what they did is they embraced Donald Trump, who is immoral, has no values, has no principles, and, frankly, is a fake Christian, okay.”

“I go back to 2003, when Governor Bob Riley, big-time white conservative evangelical, wanted to change the tax code, give a $1.2 billion increase in Alabama to help the poor,” added Martin. He even used ‘What would Jesus do’ to better the schools in Alabama. Lost 67-33, and guess who voted against him? The same people who say they love Jesus.” 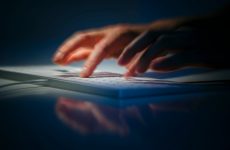 We can’t overlook the danger posed by Christian nationalists 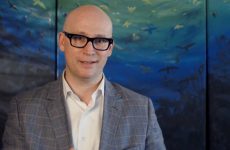