July 31, 2019 (LifeSiteNews) — Michael O’Brien is a Catholic novelist, writer, painter, and speaker. He is the author of the best-selling book Father Elijah: An Apocalypse, which has been translated into twelve languages. On this part 2 of a two-part episode of The John-Henry Westen Show, he talks with me about hell and the end-times, about having hope amid the chaos in the Church, and about the role Mary plays in salvation history.

An author of more than thirty books, O’Brien told me there is “no ambiguity” about the fact that souls end up in hell. “Jesus talked about” that, he said. “It is a heresy to say there is no eternal damnation.”

People are at different stages of consciousness in realizing that hell is real, he added. But God desires all men to be saved. Still, “he can’t force salvation on anyone.” They have to choose it.

O’Brien, a former non-believer, says he had a lot of pride before converting to Catholicism. He recommends that Catholics pray and fast for souls to come to Christ. He also said he gets hope amid the mass apostasy in the Church from the sacraments of confession and the Eucharist.

O’Brien currently serves as artist and writer in residence at Our Lady Seat of Wisdom college in Barry’s Bay, Canada. He told me that the repeated warnings from Mary, the mother of God, has been a continual call to penance. He also warned about the years ahead and the end-times.

“The Lord is coming,” O’Brien said. “He will purify the Church. He will bring mercy on truth.” “All of us will be tested…we will need hope in a way we haven’t had until now.”

The John-Henry Westen Show is available by video on the show’s YouTube channel, and right here on my LifeSite blog.

It is also available in audio format on platforms such as Spotify, Soundcloud, and Pippa. We are awaiting approval for iTunes and Google Play as well. To subscribe for the audio version on various channels, visit the Pippa.io webpage here.

We’ve created a special email list for the show so that we can notify you every week when we post a new episode. Please sign up now by clicking here.

You can send me feedback, or ideas for show topics by emailing [email protected].

You can make a difference!

Can you donate today? 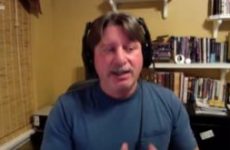 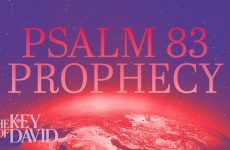