There is so much beauty and warmth in this heartfelt book that its shortcomings become all the more painful. Greg Sheridan is an intelligent Christian with deep concerns for the wellbeing of the human family. He believes that Christianity is second to none as a resource for healing a broken world. Christians goes over many of the issues and arguments to be found in God is Good For You (2018), a book that casts a slightly wider net but makes similar points.

Sheridan is at his best when he is most humble. There are delicate vignettes of him at the bedside of dying friends, saying a prayer when a plane takes off, deep in conversation with a range of (mostly important and mostly male) people, looking to angels for help with childlike simplicity.

I share his faith and am moved when it works gently but powerfully against human self-importance. His pen-portraits of New Testament figures such as Mary and Paul are drawn with love. Indeed, as I read Christians our family was coping with the illness of somebody very close to us. I was surprised how much the book helped and how it invited me to return to things of basic importance.

Sheridan is at pains to remain open to a wide range of Christian traditions, something that comes out, for example, when he deals with the indications in scripture that Jesus had brothers and sisters, a story that has various interpretations.

He is open to all Christian experience. This can be uncomfortable when, for example, interviewing the Prime Minister, he is inclined to paper over Scott Morrison’s treatment of asylum seekers. He does not deal with the woes Christianity has brought upon itself; these feature more in God is Good For You. Christians is unfailingly positive about a tradition that owes both itself and the world some deep reflection about its institutional behaviour.

The worst of this book is its occasional belligerence. Sheridan can be combative and dismissive of those who see things differently. Jesus rode a donkey. Sheridan can be inclined to the high horse. He writes “The West is a culture willing itself into amnesia and ignorance, like a patient carefully requesting their medical records and then burning them, so they and their physicians will have absolutely no knowledge of what made them sick in the past.”

The notion of “the West” is problematic, a fact Sheridan seems to understand when it comes to speaking of the interaction between Christianity and Chinese culture. That aside, Sheridan’s lament lacks nuance. It does not consider the interplay between Christianity and Indigenous spirituality in many Australian communities. It does not consider the representation of Jesus in the Koran. Yet it is easy to understand his jitters. There are readers who will scoff at a range of things in this book and more’s the pity. 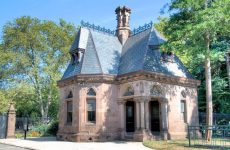 ‘She was 100% into the end of times’: Friend recalls friendship with mother of missing kids