A basilica submerged under the waters of Iznik Lake in Turkey’s Bursa city is being prepared to be opened to visitors in the near future. TRT World talked to Bursa Uludag University’s Professor Mustafa Sahin about it.

Professor Mustafa Sahin,  the head of the Archaeology Department at Bursa Uludag University’s Faculty of Arts & Science, first received photographs taken from a helicopter ride over Iznik Lake in Bursa about 6 years ago from the Bursa Metropolitan Municipality.

After analysing the photographs, Sahin saw the silhouette of a building submerged under water. He says the ruins are possibly the remnants of a temple of Apollon, with a basilica-plan church built over it in the 5th century.

Sahin is now the main consultant for the basilica dig, conducted with the permission of Turkey’s Ministry of Culture and Tourism by the Iznik Museum Directorate. He says that according to the data they have so far, the building is a structure that was initially built in the second century. “But the most important detail is the basilica built in 5th century CE over it,” he adds. There are layers of history present in the structure, he says.

According to Sahin, they are focusing on three hypotheses: The Apollon Temple, if it is really there; a lost church dedicated to Saint Neophytos (a martyrium); or the meeting site of the first council, which is regarded as an important site as all sects of Christianity.

The Apollon Temple is a temple built during Commodus’ reign, made by his order in Iznik. It has not been discovered until now.

Sahin tells TRT World that Iznik is the site of the first and seventh ecumenical councils. The seventh, he says, was held at the Hagia Sophia Church, now the Orhan Gazi Mosque. These council meetings were the bedrock of Christianity as an emerging religion.

In 313, with the Edict of Milan, Christianity was accepted as an official religion within the Roman Empire. It was announced by emperors Constantine and Licinius I for their citizens. Sahin says this resulted in a meeting held in Iznik in 325 with Christian leaders who had been organising underground before then. Representatives coming from as far away as North Africa, Jerusalem, Anatolia and Europe got together and the official foundations of Christianity were created.

“There were seven ecumenical council meetings,” Sahin says. “With the 1st and the 7th in Iznik, we know where the seventh was, but we could never find the site of the first.”

“There are those who say the 1st council met in a palace, and some who say it was at the antique theatre. But there is no building that could have been a palace in Iznik, as we have no knowledge of an emperor living here – and thus, no need for a palace.”

The underwater basilica was first discovered in 2014, and in 2015 there was an underwater surface exploration of it. In 2016 the underwater dig began, and is still continuing to this date.

“We would like to open the area to visitors as soon as possible. Our ultimate goal is to open an underwater museum. Visitors may be able to dive to see, plus a floating pier to see from above.”

Sahin also says that a French filmmaker has been making a documentary about the underwater basilica. Pascal Guerin will continue to shoot in 2021 for a one-hour documentary called The Faces of the Basilica. Sahin hopes that it will be shown on a preeminent documentary channel.

According to Sahin, the architectural team is also working with geologists from France: Grenoble University’s geology department is looking into what kind of event may have caused the basilica to sink into the Iznik Lake in Bursa. Sahin says the most likely culprit is an earthquake, but they are looking into all possibilities.

Sahin says that the architectural team has worked through 2020 despite the pandemic, taking all precautions, and that with the support of the Bursa Metropolitan Municipality, they hope to open the site to the public in the near future, which may be as early as this year. 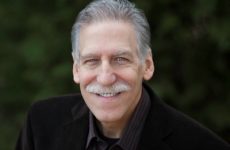 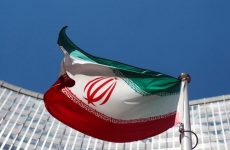 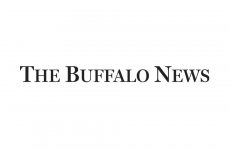 Letter: Evangelical refusal of vaccine is not in line with Christianity