The maxim that “evangelical Christians are conservatives and Trump supporters” is so pervasive in our discourse that you would think it was preprogrammed into writing devices. More careful analysts add the word “white” in front of “evangelical,” and that makes all the difference.

For reasons having more to do with demography, politics and history than theology, white evangelical Christians are, in large majority, conservative. And white Catholics are more conservative than Latino or African American Catholics. Notice what is going on here: Race, not religion, is the real divide.

This realization prompts another: If religion is fundamentally conservative, how do you explain the tradition of African American Christianity that demands we overturn the structures of injustice? Typically, it is not explained or explored at all. It is ignored.

White Americans rarely ponder this way of looking at what the Old Testament prophets and Jesus had to say. Their engagement typically comes during times of tragedy rooted in racism — at the 2015 memorials for the nine African Americans killed during a Bible study at Emanuel AME Church in Charleston, and now at the services to honor Floyd.

In this brand of Christianity, the Exodus story is about the liberation of all captives, the prophet Amos thunders that justice will roll down like water, and Jesus’ commands to lift up the oppressed and his hurling of the mighty from their thrones are not marginal to the narrative. These lessons are the narrative.

The Rev. Al Sharpton’s invocation of Ecclesiastes by way of insisting that now is the time and the season for change will endure as call to action. And former vice president Joe Biden gave what may be his most powerful address of the year. His natural and deeply felt empathy toward Floyd’s family was widely noted. But he also invoked James 2:17 and Catholic social thought in saying that he was taught that “faith without works is dead.” It is the go-to reading for many a Christian activist.

Biden’s words are a reminder that the social concern of the black church is part of a broad stream of American Christian thinking. It was brought to life in the Social Gospel movement of the early 20th century and the Catholic Church’s long-standing commitment to social reconstruction. It is alive now in the Rev. William Barber II’s revival of Martin Luther King Jr.’s Poor People’s Campaign.

There is a struggle within Christianity over which strain will predominate — a white Christian nationalism that my friend Robert P. Jones warns against in his forthcoming book, “White Too Long: The Legacy of White Supremacy in American Christianity,” or the prophetic tradition that provided spiritual ballast to the abolitionist and civil rights movements.

The latter prompts not only activism outside the churches but also reflection within. It leads to candor about the embeddedness of racism even within institutions that preach love. “Violent rhetoric, selfishness and even the crude appropriation of religious symbols conspire to produce a malevolent miasma in which the sin of racism may flourish unchecked,” Cardinal Joseph Tobin, the Roman Catholic archbishop of Newark, wrote last week.

Christians must face up to how the “appropriation” of Christianity for oppressive purposes long pre-dates President Trump’s shameful photo op in front of St. John’s Episcopal Church in Washington. In his book “God and Race in American Politics,” evangelical scholar Mark A. Noll writes of how “reliance on the Bible has produced spectacular liberation alongside spectacular oppression.”

Facing the history of American Christianity honestly, he writes, makes it “possible to see how much believers themselves have done to promote the evils of racism in American politics while at the same time recognizing how often they have offered hints of redemption as well.”

In his martyrdom, George Floyd has called forth many reckonings: with police brutality, with the structural racism so visible in the unequal suffering during the pandemic, with the chasm between the day-to-day experiences of black and white Americans.

But he could be also the instrument of another kind of deliverance. The witness of African American Christianity is to hope in the face of sorrow, to persist in the face of indifference, to prophesy in the face of complacency, and to love in the face of hatred. Because it reflects the cry of the oppressed and the promise of emancipation, this tradition offers a glimpse at the heart of Christianity itself. In a nation so desperately in need of conversion, its invitation to march together down Freedom Highway should galvanize Christians and non-Christians alike. 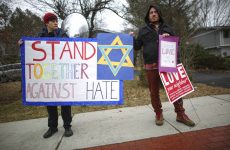 Why Do Christians Not Celebrate Halloween? 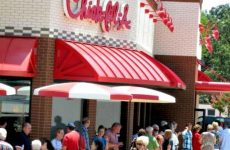