Three houses of worship across the same neighborhood in Dallas are now emblazoned with anti-Christian messages written in red spray paint after someone targeted the churches over the weekend.

Senior Pastor Clarence Preston said he drove up to the Beth-Eden Baptist Church in Dallas’s Oak Cliff neighborhood Sunday morning to find the world “lie” spray-painted in red right under the church steeple.

“Well, it’s not something I appreciated,” he told FOX4. “As a matter of fact, it was very unappreciated.” 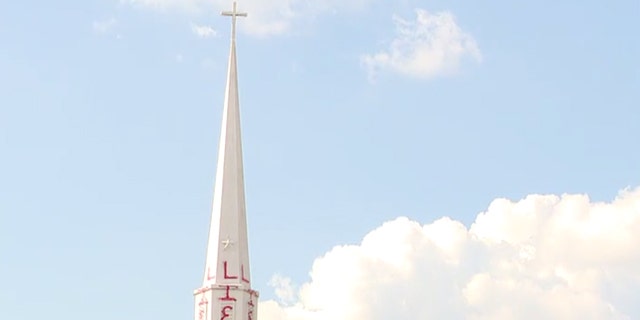 Anti-Christian messages were found in bright red graffiti on at least three churches in a Dallas neighborhood over the weekend. (FOX4)

On St. Luke’s, the words “scam,” “all lies,” and “not commming” (sic) were written on the side of the building. The word “Jesus” was also written with a slash through it on the church.

“We do not know the motivation or the rationale as to why they would perpetrate such activity as this,”  Preston told FOX4.

The Dallas Police Department told FOX4 it’s still working to determine if its the work of the same person or a group. Officials have not said if they believe the crimes were related, but all three churches were vandalized using red spray paint and the word “lies” written on all three.

The graffiti was still visible on Monday, even as someone attempted to cover the writing at St. Luke’s with trash bags. 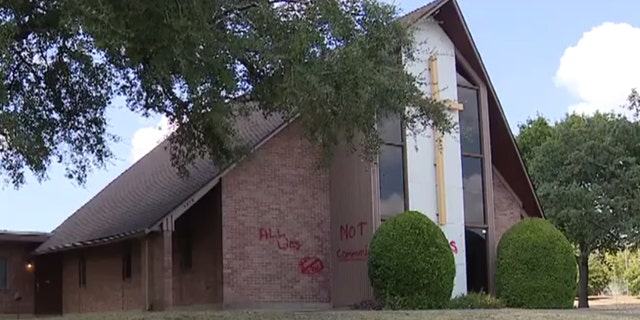 The words “scam,” “all lies,” and “not commming” were spray-painted on the side of a church in the Dallas neighborhood of Oak Cliff. (FOX4)

Officials were also investigating reports of graffiti on three other church buildings in the neighborhood, possibly bringing the total number of religious buildings affected to six, WFAA reported.

“A lot of the churches have the same message,” Bishop Ray Campbell of the Ideal Family Church told the television station.

Pastor Clarence Preston’s wife, Charles Etta Preston, told FOX4 she believes whoever was behind the vandalism was someone “crying out for help,” but still is able to have a chance for redemption.

“We really hope that they will walk through our doors and accept Christ,” she said Monday. “We pray for them.” 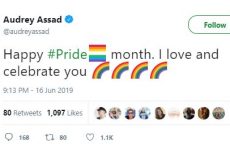 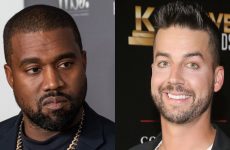