Every Sunday morning during college, Stephen Patterson would drive to a church and deliver a sermon; then he’d go to another church and deliver another sermon; then, one more sermon at one more church. It was during this time in divinity school, while he was delivering these sermons to pay his tuition, that he figured out he didn’t want to be a minister. He wanted to study Christianity, going deeper into history.

Which is what he did: he teaches religious and ethical studies at Willamette University in Oregon. And now Patterson has won the Grawemeyer Award for Religion from the University of Louisville and Louisville Presbyterian Theological Seminary for his book, “The Forgotten Creed: Christianity’s Original Struggle against Bigotry, Racism and Sexism.” In it, Patterson dissects a passage from the apostle Paul.

Patterson said this sentiment, of togetherness, would have been something common and known to followers of Christ at that time.

“He was quoting to them something that they would have recognized as central to their identity and to their self-understanding,” Patterson said. “The book is about how over time, racial or ethnic division, and patriarchy and classicism — how these things reasserted themselves in Christianity.”

He said the sentiment apostle Paul wrote down for the first time, and a sentiment that early Christians believed, can provide home and guidance for today’s Christians and churches.

Patterson’s other books — there are nine total — explore the teachings of early Christians that aren’t included in the Bible.

“I’ve always been interested in what you might call the hidden histories of erroneous Christianity: the stories that are not highlighted in the texts themselves, the stories you have to dig out of the text. And also stories that were left out of the biblical text,” Patterson said.

Patterson will receive a $100,000 prize, and visit Louisville in April to receive the award and deliver a free public lecture on his work. U of L has announced the other four Grawemeyer winners this week in music composition, world order, psychology and education. 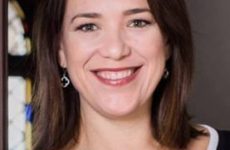 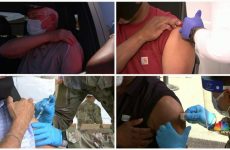