Editor’s note: This article is part of a series answering your biggest religious questions. Each week, we will answer one submitted faith question. To send a submission, visit timesfreepress.com/religionquestions or email wmassey@timesfreepress.com.

Question: What scriptures does the Quran use? How are they different from Christianity and what tenets are the same?

Answer: In the Bible, Abraham, Joseph and Moses are prophets and the arrival of Jesus, believed to be the son of God, confirmed their teachings.

In Islam, Abraham, Joseph, Moses and Jesus are prophets with Muhammad being the final prophet, sent to finalize all of the teachings in the Quran.

Many of the most significant stories in the Torah or Bible — Adam in the Garden of Eden, Abraham nearly sacrificing his son, Moses confronting pharaoh — also appear in the Quran. Multiple scholars of Islam pointed out that unlike the other scriptures, the Quran does not go into the same level of detail with these stories.

“It’s as though the Quran is summarizing and alluding to accounts that its readers or its hearers would already know,” said David Thomas, University of Birmingham emeritus professor of Christianity and Islam. ” There seems to be some sort of background assumption that the audience of the Quran will be well-acquainted with these biblical stories.”

For example, the Quran refers to the Sarah laughing without context, relying on the audience to know about the Genesis story of Sarah laughing when she learns about being pregnant, said Gabriel Reynolds, University of Notre Dame professor of theology.

From a Muslim perspective, it is not surprising the Quran has the same stories as the Torah and Bible, Thomas said. All of the sacred books are from the same divine source, teach similar lessons and point to the radical oneness of Allah, he said.

This is where the similarities between the Bible and Quran split.

While Christians believe in the trinity — Father, Son and Holy Spirit — Muslims believe in the absolute oneness of God, who would never have a son. Instead, God brings the message directly to the world in the 7th century through Muhammad, who is believed to have been illiterate but would have known about Jewish and Christian stories circulating at the time. Muslims believe every word in the Quran is the word of Allah, said Jaclyn Michael, University of Tennessee at Chattanooga assistant professor of philosophy and religion.

Early scholars of Islam believed the Quran was deficient compared to other scriptures because it is structured differently, Michael said. Instead of coming as a linear story, the sections of the Quran are structured like a ring. The stories are also presented piecemeal in the text. A person cannot go to a specific chapter to learn about Jesus, for example, but would have to move between various chapters.

I became a journalist to help people see people as people. But highlighting the human side of every policy decision, and how it is affecting your community, takes time as well as support from readers. If you believe in telling the stories of people in your community, please subscribe to the Times Free Press today. Contact me at wmassey@timesfreepress.com or 423-757-6249. Find me on Twitter at @News4Mass.

Christianity Is Under Trial With the “Praying Coach” 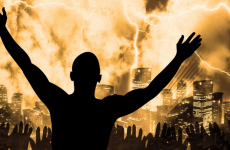 VIDEO: Are the end-times predicted in the Scriptures upon us?