A seasoned British doctor lost his government job as a medical assessor after more than three decades because he refused to renounce his Christian belief that gender is determined at birth.

Dr. David Mackereth, 56, a National Health Service employee, was fired from his post at the Department for Work and Pensions in July because he would not use a transgender pronoun, saying he believes “gender is defined by biology and genetics” and the “Bible teaches us that God made humans male or female.”

This week he lost his case before an Employment Tribunal in England, where the judge ruled his beliefs were “incompatible with human dignity.”

‘COLOR PURPLE’ ACTRESS SUES AFTER BEING FIRED FOR VIEWS EXPRESSED ON SOCIAL MEDIA: ‘THEY KNEW THAT I WAS CHRISTIAN’

Mackereth, who now works as an NHS emergency doctor in another city, said his supervisor pressured him to refer to a “man six foot tall with a beard” as “she” and “Mrs.,” but the doctor refused. 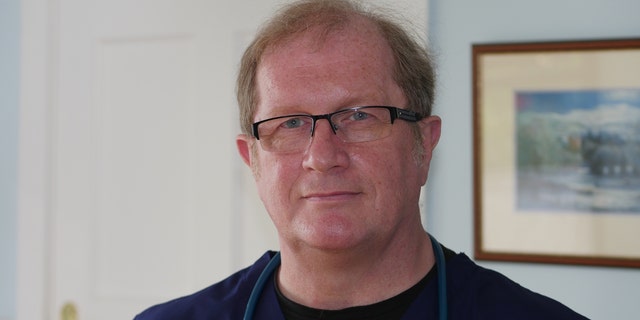 Dr. David Mackereth, 56, a doctor of 26 years in the NHS, lost his job for refusing to refer to clients by a transgender pronoun, citing his religious views and science. (Christian Concern)

“No doctor, or researcher, or philosopher, can demonstrate or prove that a person can change sex,” Mackereth told Fox News. “Without intellectual and moral integrity, medicine cannot function and my 30 years as a doctor are now considered irrelevant compared to the risk that someone else might be offended.”

Andrea Williams, CEO of the Christian Legal Centre, which represents Mackereth, said the judge put transgender rights ahead of all others, ruling a belief in the Bible is on par with Holocaust deniers and neo-Nazi ideologies.

IS IT LEGAL TO BRING YOUR BIBLE TO SCHOOL? LAWYERS WEIGH IN

“It is deeply disturbing that this is the first time in the history of English law that a judge has ruled that free citizens must engage in compelled speech,” Williams said, adding the judge “ruled that Christianity is not protected by the Equality Act or the ECHR, unless it is a version of Christianity which recognizes transgenderism and rejects a belief in Genesis 1:27.”

The court specifically cited the Bible verse the doctor referred to: “So God created man in His own image; in the image of God He created him; male and female He created them.”

The tribunal wrote in its decision: “[B]elief in Genesis 1:27, lack of belief in transgenderism and conscientious objection to transgenderism in our judgment are incompatible with human dignity and conflict with the fundamental rights of others, specifically here, transgender individuals.”

Mackereth plans to put up a fight.

“I believe that I have to appeal in order to fight for the freedom of Christians – and any other NHS member of staff – to speak the truth,” he said. “If they cannot, then freedom of speech has died in this country, with serious ramifications for the practice of medicine in the U.K.”

Christian Colleges: God Wants You to Wear a Mask to Class