President Trump championed faith and religious freedom in his State of the Union address to Congress Tuesday night, celebrated by prominent Christian leaders.

The Rev. Johnnie Moore told Fox News Trump’s speech was a “great American moment. Though House Speaker Nancy Pelosi, D-Calif., literally ripped it apart, Moore adds even “the president’s enemies know that truth was on his side.”

FRANKLIN GRAHAM SLAMS PELOSI FOR TEARING UP SPEECH: ‘WHAT’S WRONG WITH THESE PEOPLE?’

“The thread running through every aspect of the president’s speech was faith — faith in America because of America’s faith in God,” Moore, the commissioner on the United States Commission for International Religious Freedom and the president of The Congress of Christian Leaders, said. “He showed again that he is all-in on religious freedom for everyone and absolutely unashamed of America’s Judeo-Christian foundation.”

“And more than just presenting these ideas as lofty ideals, he stood for life by celebrating a miracle child, he showed the primacy of American values by honoring those who have lived and died for them, celebrated our diversity by those he chose to honor as his guests,” Moore added. “And he showed the alternative by calling the entire House to stare down Venezuela’s Maduro by standing in solidarity with Juan Gaiudo.”

WATCH: TRUMP SURPRISES MILITARY FAMILY WITH REUNION AT STATE OF THE UNION ADDRESS

“In America, we don’t punish prayer. We don’t tear down crosses. We don’t ban symbols of faith. We don’t muzzle preachers and pastors,” the Republican commander-in-chief declared. “In America, we celebrate faith. We cherish religion. We lift our voices in prayer, and we raise our sights to the glory of God…”

It was a moment that struck Sean Feucht, a Bethel Music worship leader who is running for the 3rd congressional district in California.

“For as long as I can remember, I have watched the SOTU regardless of who was president,” he wrote on Instagram. “But I have never heard anything like this before. Regardless of your opinion on the president, this moment was historic and gave courage to faith leaders across the nation.”

“Thank you, Mr. President, for reminding Americans why they voted for you in the last election,” Graham wrote on Facebook. “May God bless you and your family, President Donald J. Trump, as you continue to lead our nation.”

Vice President Mike Pence told “Fox & Friends” Wednesday morning that, despite the divisiveness in politics, “I still believe there’s more that unites us than divides us, and chief among them is faith.” 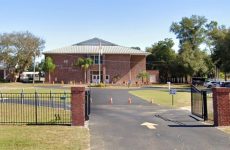 Florida Christian school says it will only refer to students by ‘biological gender,’ asks gay and transgender students to leave