A private Christian school in Florida is not backing down from a long-held policy that students not partake in sexual behavior outside of marriage despite alleged death threats against school leaders and accusations that the school is targeting gay and transgender students.

“If I backed down from something like this, I’m abandoning what God has said is the truth. I …. kind of rack my brain to like, ‘How is this hard for people to understand? This is what God said.’ This is one of the many reasons we have a Christian school, and we’re not going to abandon this policy. God has spoken on these issues,” Grace Christian School Administrator Barry McKeen told Fox News Digital in a phone interview Sunday.

The interview followed national news coverage of an email McKeen sent to the school community earlier this summer highlighting that students will only be identified by their “biological sex” and said that students who are found “participating” in gay or transgender lifestyles will be asked to “leave the school immediately.”

“We believe that God created mankind in His image: male (man) and female (woman), sexually different but with equal dignity,” the email McKeen sent to the school community in June reads, according to NBC News.

“Therefore, one’s biological sex must be affirmed and no attempts should be made to physically change, alter, or disagree with one’s biological gender — including, but not limited to, elective sex reassignment, transvestite, transgender, or non-binary gender fluid acts of conduct (Genesis 1:26-28). Students in school will be referred to by the gender on their birth certificate and be referenced in name in the same fashion,” the email continued.

McKeen said he was prompted to send the email as a reminder to parents that “although this is being celebrated and encouraged by the country, it is condemned by God. And at this school we’re gonna follow God instead of man.” He added that no students have been booted from the school over their sexual orientation.

One mother said she has pulled her daughter, who identifies as lesbian, from the school following McKeen’s email. She told the media that even though there are “loving teachers at that school” and she respects the school’s opinion, she removed her high schooler for the girl’s “wellbeing.”

McKeen told Fox News Digital that the policy is hardly new, explaining that the school has had a “human sexuality policy since day number one” back in 1975, and such a policy is common for Christian schools.

“We don’t expect any of our students who are not married to be sexual, whether it be bisexual, heterosexual or homosexual. I tell people, if a kid came in the doors, exclaiming how he was having sex with his girlfriend, that student would be expelled, as well,” McKeen said.

The school administrator, who has refused to speak to media outlets until the Fox News Digital interview, said that he and his family have since faced death threats following press coverage of his email on the policy. He added that he was even forced to beef up security at the school.

Outside view of Grace Christian School in Florida.  (Barry McKeen )

“It’s funny for us to …  be painted as hateful. We have fielded hundreds, probably thousands of phone calls Thursday, Friday over the weekend, with just some of the most outrageous things: People threatening to burn my house down, threatening to kill my family,” McKeen said.

He added that the school was forced to have a “massive law enforcement” presence on Friday and hired armed security guards to bolster protection for the students from any potential threat.

But amid the outrage from some, McKeen said the school community and people across the country have wholeheartedly stood behind the policy, with one man even donating $5,000 to the school with a note telling school leaders to “stay strong, keep the faith.”

“Our parents are so supportive. Many of them came to church this morning. They go to other churches normally, but they were here this morning to support. And we’re seeing tremendous support from all over the country even though we’ve been getting a lot of hate calls and hate mail,” he said. He also noted that the school currently has a wait list of more than 100 students.

McKeen published a response video following the news coverage last week and said that he was prompted do so because people were portraying the school as “hateful.”

“We are not a hateful group of people. We don’t hate students who are of a particular persuasion,” he said in the video.

McKeen said he was shocked that the policy would even make national headlines and argued that the outrage from some across the country is indicative of America moving away from God and Christianity.

“It’s kind of been beyond me that this has blown up to what it is, like you’re shocked that a Christian school has this policy?” he said.

McKeen relayed to Fox that he told the congregation at church on Sunday morning that the outrage over the policy “is just showing you where our country’s at. They either don’t understand God… or they’re just so rejecting of Him that they want to fight on every level about everything that He says.”

“Maybe God has picked us for this particular time to just encourage [like-minded people] that, ‘Hey, there are things worth standing up for, and we’re going to do that,'” he added. 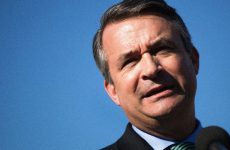 A Christian-led caucus ‘protecting’ Jewish values? No thanks 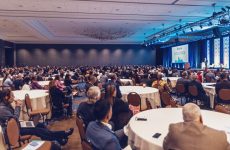