Our belief system isn’t the problem, it’s that we have strayed from what we say we believe. Following Jesus means loving and caring for our neighbors.

A common narrative today is that deeply held religious beliefs are a key driver of incivility. Yet new research on evangelical views on civility and democracy shows exactly the opposite effect.

This massive survey was released as part of a joint project by The Ethics and Religious Liberty Commission, Lifeway Research and the Fetzer Institute. The findings are often sobering and should cause followers of Jesus to reflect on our public witness.

Over half of evangelicals, for instance, believe that if their political opponents were to gain power, democracy would be threatened. Over half believe news more if it’s delivered by someone who shares their worldview. And 25% felt it fully justifiable for a political leader to insult his opponent, if in service to the right cause.

Straying from beliefs is the problem

That is a rather unsurprising analysis. But the researchers at Lifeway created what they describe as a “civility index,” which scores people on their ability to find common ground among those with whom they disagree, and came up with some interesting findings. For instance, evangelicals who believe in the exclusivity of Jesus as the pathway to God and the importance of religious liberty, who believe that every human being is created in the image of God (and in the “inherent and equal dignity of all“) had high civility scores. What should we make of this? 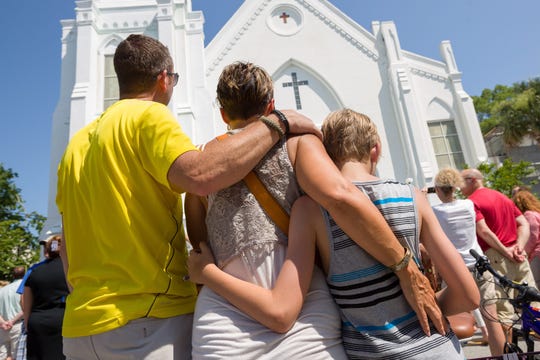 Worshipers gather on June 21, 2015, to honor the victims of a shooting that took place at the Emanuel African Methodist Episcopal Church in Charleston, South Carolina. (Photo: Richard Ellis/EPA)

Perhaps the root of so much our civic nastiness is not a result of Christians holding too tightly to core convictions but rather a result of Christians straying from core convictions. In other words, it’s not our belief system that is the problem, it’s that we have strayed from what we say we believe. If Christians truly believe that Jesus is “the way, the truth and the life,” we are compelled to follow him into the world, loving our neighbors and caring for the people he came to redeem.

And if we genuinely believe, from Genesis 1, Psalm 139 and other passages, that every human being has dignity, we are compelled to treat even those who vociferously disagree with us as God’s image-bearers. And if we are truly animated by the idea of religious liberty, we should advocate it not just for our tribe but even for those who practice religions we consider to be false.

Rachel Held Evans: Remembering a ‘torchbearer,’ an ‘arsonist,’ a ‘prophet with a pen’

So much of the public conversation around civility encourages Americans to abandon what many consider to be outdated core doctrines. But our research suggests that drawing on religious traditions doesn’t nurture nastiness. Rather, it is a deep well with resources that help people of faith navigate a challenging political environment.

This doesn’t mean, of course, that all devout believers are always civil. A daily scroll through Facebook or a check of my Twitter mentions will quickly disabuse you of that fantasy. Even so, when you encounter unkindness by a Christian, you can almost always point to a way in which their behavior violates Scripture. It is not our beliefs themselves that seem to be fueling incivility but a failure to apply what we say we believe.

This is also why, though it makes many nonreligious people nervous, Christian evangelism isn’t a barrier to a healthy civil society. Because those who actually believe Jesus so passionately that they are willing to try to persuade others to join them are usually the Christians who are most eager to love and serve their neighbors. Why? Because they see their neighbors as human beings and objects of God’s love. What’s more, the core Christian conviction that Jesus is Lord, lived out in real time, produces a kind of holy abandonment, releasing Christians to give of themselves in service to the most vulnerable in their communities and around the world.

On the other hand, a retreat from Christian mission produces incivility. Another finding in this new research shows that evangelicals who believe “the stakes of our political disagreements are existential,” and those who seldom befriend and associate with people unlike them, are less civil. In other words, what produces nastiness from Christians is not Christian doctrine but an unholy fear of the other and a failure to trust God’s sovereignty over world events.

Not the church I knew: Evangelical leaders grow more dishonest in defense of Trump

Fear and a lack of love are at odds with the kind of virtues genuine faith in Christ promises to produce, virtues such as gentleness, faith and love. The Apostle Paul, in one of his final letters, urges his young protégé both to “fight the good fight of the faith” and to cultivate “gentleness.”  And this spirit is not only demonstrated toward those who agree but also those who disagree. Another apostle, Peter, in his first letter to the first-century church, urges a mix of kindness and courage toward those who disagree. To be uncivil then is to be un-Christian.

Daniel Darling is vice president of communications at The Ethics and Religious Liberty Commission and author of several books, including “The Dignity Revolution: Reclaiming God’s Rich Vision for Humanity.” Follow him on Twitter: @dandarling

You can read diverse opinions from our Board of Contributors and other writers on the Opinion front page, on Twitter @usatodayopinion and in our daily Opinion newsletter. To respond to a column, submit a comment to letters@usatoday.com.

How has Christianity provided a sense of community for Afghan refugees? 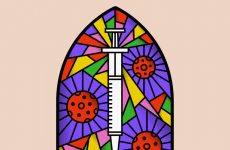 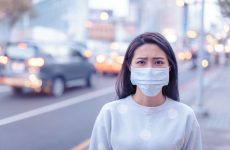