The Christian Bible makes a strong statement against prophesying the date of Jesus Christ’s Second Coming. And yet, according to Pastor Paul Begley of West Lafayette in Indiana, US, prominent preachers and ministers have made more than 240 such predictions throughout history. These predictions included very specific dates of Jesus’ return, such as claims the Messiah would appear on March 21, 1843.

Pastor Begley, who hosts the weekly show The Coming Apocalypse, has warned against setting such dates.

Jesus himself is quoted in the Gospels, saying: “But about that day or hour no one knows, not even the angels in heaven, nor the Son, but only the Father.”

Pastor Begley does, however, believe we are already living in the end times, and with this, he thinks people need to be aware of signs and warnings unfolding.

He said during his most recent broadcast: “One thing’s for sure, the Bible says no man knows the day or the hour.

“But it does say we can see the day approaching. What does that mean and are we living in that prophetic times now?”

According to Pastor Begley’s controversial interpretations of the Bible, events such as asteroid flybys, typhoons, pandemics, earthquakes and political upheaval are all biblical in nature.

He has previously called Blood Moon eclipses “harbingers of doom”.

And more recently, he dubbed a historic peace deal between Israel and the United Arab Emirates a major stepping stone towards the end of days.

The firebrand preacher now said: “Probably the number one question I’m asked is, ‘Pastor, in your opinion, how much time do you think we’ve got left?’

“There’s no way I can give you an answer on that.

“It’s because even though I am following it on a daily basis – earthquakes, asteroids, massive apocalyptic monsoon rains, hurricanes, volcanoes, cyclones, murder in the streets, rioting, wars, rumours of wars, coronavirus, Ebola, flesh-eating viruses.

“Whatever, there’s no way, even with everything going on, can anyone make that prediction because only God knows.”

Pastor Begley said it is unwise for Christians to live in fear of the Second Coming and end days.

DON’T MISS…
What the Bible said must happen before the end of the world [INTERVIEW]
End of the world: Preacher warns of brimstone and fire [REPORT]
Discovery of ‘evidence which proves Bible story DID happen’ [ANALYSIS]

But he stressed the importance of keeping a watchful eye on the signs unfolding.

He said: “We are certainly living in the last days, and that’s why the prophetic signs of His coming are taking place everywhere.”

The Book of Revelation, in particular, contains the final chapters of the Bible and describes a series of apocalyptic events that will supposedly unfold upon the final hour.

Pastor Begley said: “Read about all these different signs of His coming.

“Prophetic signs of His coming, but we still don’t know the day and none of us known the hour.

“But we can see the day approaching because we can watch and pray and see the signs.”

He added: “It’s one of the greatest tools of evangelism to let people know, hey, Jesus is coming soon.” 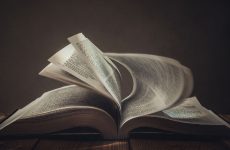 The Prophecy That Explains the World 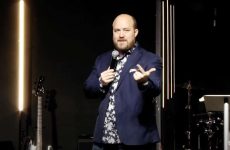 I prophesied Trump would win. I got it wrong. But I am NOT a false prophet