In 1970, American Christian writer Harold Lindsey made headlines after claiming to have unlocked the secrets of the Bible. Mr Lindsey said he had successfully predicted the apocalypse after decoding Matthew 24:32-33, suggesting the generation that saw the 1948 rebirth of Israel as a nation – apparently symbolised by the fig tree—would see the return of Jesus Christ. The author stated that a biblical generation is “something like 40 years” and suggested that “within 40 years or so of 1948, all these things could take place”.

When Jesus did not return, Mr Lindsey came under heavy criticism, but World Bible Society President Kenton Beshore would later argue his prediction over a biblical generation was incorrect.

Mr Beshore, who sadly passed away in 2016 said: “Jesus says in Matthew 24:34 that this ‘born one,’ or ‘this generation’ will not pass away until all these things are fulfilled.

“He pictures Israel as a Jewish boy, born May 14, 1948, that would grow up and become an old man until he comes in glory to establish his millennial kingdom.

The return of Jesus and the end of the world is predicted for 2021 (Image: GETTY)

The outside date for the rapture would be 2021

However, Mr Beshore says the end of the world could be closer than we think.

He added: “Take off seven years for the Tribulation and the outside date for the rapture would be 2021.

“The rapture could take place before that, but certainly by then.

“The Lord will return before Israel becomes an old man by age 80 in 2028, and seven years earlier to rapture the church.”

JUST IN: Egypt historian uncovers ‘underground paradise’ 138 metres below Valley of the Kings

Claims were made based on Bible accounts (Image: GETTY)

However, Mark Hitchcock, pastor of Faith Bible Church and author of “The End of the World doesn’t believe the blossoming of the fig tree in Matthew 24:32 refers to Israel.

He said in 2016: “It just says the fig tree will blossom and this generation won’t pass away until all those things are fulfilled.

Despite the wild claims of pastors, scientists have also warned about the end of the world, but not for the same reason.

Dr Rolf Schmidt explained during Amazon Prime’s “The Next Great Extinction Event” that Earth could be heading in the wrong direction.

He stated: “There is the thought that at the moment the change in climate is exceeding the rate at which species can adapt.

“It’s not like with the other mass extinctions, its more of a perfect storm of conditions not just one like climate change or an asteroid, but a host of things we have.

“It’s not just climate change induced by humans at the moment, but we have deforestation or urban sprawls or habitat fragmentation, things like that, which is stopping species from adapting at a fast enough rate.

“So it’s worrying to see where we are heading knowing what’s happened in the past.” 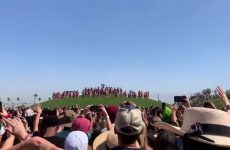 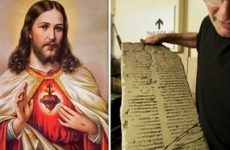