His world was also rife with injustice, yet the Gospels record only one instance of what we have come to judge as “righteous anger” on the part of our Lord. So why does Christ have so many angry followers? It is easy to understand why Christians today are frightened and discouraged, but isn’t something off-kilter in an angry Christian? The question is not about what provokes anger. It is about allowing anger to possess us.

Catholics are rightly and bitterly disappointed because some priests were not what they were supposed to be and some bishops failed to protect their own flocks. Our disillusionment, sorrow and disgust make sense. So does a righteous resolve to end the scandal. But what explains the venomous, diffuse distemper displayed by some? How can vitriol ever be the mark of a disciple?

It is easy to understand why Christians today are frightened and discouraged, but isn’t something off-kilter in an angry Christian?

Another example: Christians on opposite sides of the political spectrum have always mutually judged each other to be misguided. They cannot both be right about the same things at the same time and still disagree. Somebody has to be a bit wrong. But when did disdain and contempt become acceptable? And why does derision increase with distance? Those less affected are often more enraged than the directly wounded. Why is the web such a woeful place of contempt for so many? Social media connects us, but it does not build communion.

In her 2019 book, In the Ruins of Neoliberalism: The Rise of Antidemocratic Politics in the West, Wendy Brown sees the rise of the apocalyptic as an expression of Christian anger. With great perception, she identifies fear of our modern world as the true culprit.

“Man” has not merely lost value or stable meaning but is indicted by myriad powers generated, but not controlled by humans, powers that diminish, mock, reproach, and endanger us. We appear not only without nobility and greatness, but without even the ability to provide for ourselves or clean up after ourselves. A species of giant toddlers, appetitive for power, pleasure, and play, we have yet to become responsible for our creations, our history. The paradox of humanly created powers that diminish the human by revealing our incapacity to direct our fates or even preserve ourselves and our habitat, reaching new heights as these powers are revealed as all that make the world—this breeds a nihilism beyond Nietzsche’s wildest imagination. Charting nihilism as emanating from desacralization and hence devaluation of values, Nietzsche did not take the measure of the formations and effects of powers that trivialize and mock humans themselves, at which point nihilism intersects with fatalism, apocalypticism, or despair. Little wonder that rapture Christianity, with its end-times eschatology, is the religion of the age.

Of course, the apocalyptic has always been part of Christianity. But the original question posed by Christ is whether or not we are ready, not whom we would like to see done in by what is to come. Why are we so chafed, so contemptuous of each other? Is Ms. Brown right? Does our fear of the world we have created express itself in hatred of our fellows? Are we are like mourners, who become angry with each other because we can neither comprehend nor contain the fury that death itself arouses within us?

We have every reason to be worried and fearful of the modern world, but it is not the spirit of Christ that inflames us with odium. Our Lord did indeed warn his followers about what was to come, but he did this to inspire hope not hatred. If Christian faith is fueled by rancor, some spirit other than that of the Christ is at work. 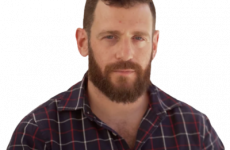