Downward dog, sun salutations and all other yoga practices are “absolutely incompatible” with the Christian faith, the powerful Greek Orthodox Church has said.

Yoga has no place “in the life of Christians,” the governing body of the Church has ruled.

It said it intervened after Greek media recommended yoga as a way to combat stress during coronavirus quarantine.

Other religions have also advised against the practice in the past.

The Orthodox Church is an influential organisation in Greece, and 90% of Greeks identify as Orthodox, according to a 2017 Pew Research Centre report.

“[Yoga] is a fundamental chapter in Hindu religion… it is not a ‘kind of physical exercise’,” the Holy Synod said in its statement on Wednesday.

Although it is not unheard of for religious authorities to criticise yoga, correspondents say it is unusual for the Orthodox Holy Synod to issue a public statement on the matter.

Appearing on a Greek TV network on Thursday, an Orthodox priest defended the Synod’s statement.

The church’s opposition is based on the “experience of those who practised yoga”, Father Michael Konstantinidis said, explaining that “if yoga offered what man wanted, we would be happy”.

The ancient spiritual practice has connections to Hinduism and Buddhism. It is referenced in Indian texts from 2,500 years ago and has evolved over time, according to Dr Mark Singleton, who has researched the history of yoga.

In recent decades it has become popular globally and is now a huge industry, often advertised as beneficial for stress-relief, mental wellbeing or physical strength.

Yoga has been recommended in countries around the world as a way to keep fit and combat stress during the Covid-19 pandemic.

Greece avoided the worst of the coronavirus outbreak in Europe by introducing a lockdown early in March. It has registered fewer than 3,000 cases and only 180 deaths in a population of 11 million.

The Orthodox Church was criticised for suggesting that the ritual of sharing a cup amongst a congregation for Holy Communion would not spread the virus.

What do other religions say?

The Greek Orthodox Church isn’t the only faith to have frowned upon yoga.

Last year a church hall in Devon, England, barred a yoga class. “Some will say at its root it is an eastern spirituality which they would not feel sits well with Christian spirituality,” said the Venerable Mark Butchers, Archdeacon of Barnstaple.

And in 2008 Malaysia’s leading Islamic council said yoga could corrupt Muslims but backed down from issuing a fatwa after a backlash. 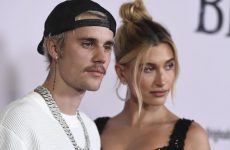