When Amy Coney Barrett, the Seventh Circuit Court of Appeals Judge nominated Saturday to be President Trump’s pick to replace liberal icon Ruth Bader Ginsburg, was talked about as a possible replacement for fellow Catholic, Justice Anthony Kennedy in 2018, media focus turned to her membership in People of Praise, a small, tightly knit group that describes itself as a “charismatic, ecumenical and covenant…Christian community.”

The nearly 50-year-old group, founded and based in South Bend, Indiana, exerts considerable sway over members, according to published reports, leading to questions about what role — if any — it would have if Coney Barrett ascends to a life-time post in the highest court in the land.

During hearings for the appeal’s court post, Coney Barrett told senators she was a faithful Catholic, but that her religious beliefs would not affect her decisions as an appellate judge.

Part of the focus in discussions of People of Praise is the “lifelong promise of love and service to fellow community members, … a covenant commitment,” that members make “which establishes our relationships as members of the People of Praise community,” according to the website, which added “our covenant is neither an oath nor a vow, but it is an important personal commitment” among people who “support each other financially and materially and spiritually.”

Sarah Barringer Gordon, a professor of constitutional law and history at the University of Pennsylvania, was among the legal scholars who told The New York Times in 2017 that such loyalty pledges could raise concerns, because such groups can make it “difficult for a person to retain individual judgment.”

Members of People of Praise, which could not be reached for comment Saturday, also are said to be accountable to a same-sex adviser, called a “head” for men and—until recently—a “handmaiden” for women, who gives input on a wide variety of personal decisions.

Craig S. Lent, who was a leader of the People of Praise in 2017, told The Times the group was not “nefarious” adding, “we don’t try to control people. And there’s never any guarantee that the leader is always right. You have to discern and act in the Lord.”

“We teach that People of Praise members should always follow their consciences, as formed by the light of reason, and by the experience and the teachings of their churches,” said a statement on the People of Praise website.

One aspect of People of Praise that has generated chatter on social media is the group’s belief in “speaking in tongues,” or speaking words that can be unintelligible or not in the speaker’s normal language, as part of an intense religious experience. “Like hundreds of millions of other Christians in the Pentecostal movement, People of Praise members have experienced the blessing of baptism in the Holy Spirit and the charismatic gifts as described in the New Testament,” according to the website. “This is a source of great joy for us and an important aspect of what God is doing in our world today.” Pentecostalism is one of the fastest growing movements within Christianity and is associated largely with Protestants but includes a growing number of Catholics. The name Pentecostal is taken from the experience of “Pentecost” described in the Bible’s Book of Acts, when in the early days of the Christian church, following the crucifixion of Jesus Christ, early followers of Jesus were filled with the Holy Spirit and began speaking in tongues other than their native languages.

The death last week of Ginsburg set in motion what promises to be a bare-knuckles brawl between Democrats and Republicans over her replacement, which became official Saturday. When Justice Antonin Scalia, a conservative, died in February 2016, Republicans refused to consider the nominee of President Barack Obama on the grounds that it was an election year. Senate Majority Leader Mitchell McConnell, a Republican, has vowed to push forward with Trump’s pick, with only 37 days before the November 3 election. Two Republicans have said they will not vote, but Democrats would need a four-vote defection to block the nomination. 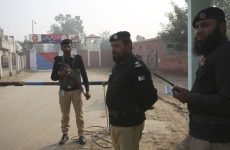 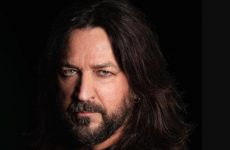