A worldview is important enough that it needs a rigorous critique. You don’t want to select one on a whim. How does Christianity decide what’s true?

If you’re a Christian, would you be satisfied with a believer in another religion using the approach that you use to justify your Christian worldview? If that argument coming out of their mouth seems inadequate, what does that say about your own grounding?

This is the next clue that we live in a godless world (this list of 25 reasons we don’t live in such a world begins here):

17. Because theism has no method to decide truth

From the standpoint of many Christians, evidence is mere decoration. It’s the parsley on the plate of the Christian argument.

For example, William Lane Craig has made a career by using science to argue for Christian apologetics. Unfortunately, he undercuts his entire project when he says, “It is the self-authenticating witness of the Holy Spirit that gives us the fundamental knowledge of Christianity’s truth. Therefore, the only role left for argument and evidence to play is a subsidiary role.”

Even if we take his theology for granted, it still doesn’t make sense. Craig says, “The experience of the Spirit’s witness is self-authenticating for him who really has it.” Okay, then who really has it?! He hasn’t resolved the problem. Does Craig have it? Maybe he’s wrong to think that he does. Maybe it’s held by someone Craig has dismissed as unworthy of God’s favor. There is no public, objective algorithm that we can all apply to see who has been touched by the Holy Spirit. This is not an evidence-based process.

And when you put his theology in the spotlight, the usual skeptical questions return. Does the Holy Spirit (or any member of the Trinity) exist? When two Christians (or Christian denominations) disagree, which one is correct? Have you figured out how to get to heaven, and are you destined to get there? Of the mountain of supernatural claims made by the world’s religions, which are correct? Religion gives you no way to answer these questions reliably. Theologians worldwide can’t even agree on how many gods there are.

Christians can look in the Bible for the rules of how to get into heaven just like a Dungeons & Dragons player can look up the capabilities of various characters. While the Bible is more venerable than the D&D handbook, neither is a reliable source of supernatural information. If we lived in God World, we’d know it because supernatural truths would be reliably accessible to everyone using reason and evidence.

See also: Faith, the Other F-Word

18. Because there are natural disasters

When we fight against natural disasters—stack sandbags against a flood, create vaccines, or warn people about hurricanes—are we subverting God’s plan? How can Christians hold in their heads these two contradictory ideas, that God’s plan is to kill millions by natural disasters and that we should do our best to subvert that plan? What does it say about the vagueness of God’s plan that we must ask that question?

Your support makes our work possible

OnlySky is proud to be a reader-funded organization, dedicated to protecting America’s secular democracy through reality-based journalism, storytelling, and commentary.

Every contribution safeguards our editorial independence, empowers us to pursue stories that others won’t, and keeps our work open and available to all. It only takes a minute. And, you can cancel anytime. Thanks for your Support!

Christian apologists trot out a couple of flabby responses to God’s embarrassing lack of interest in stopping natural disasters. First, if God exists, he has good reasons. In other words, just trust God. Don’t second-guess him. But with this argument we meet our old friend, the Hypothetical God Fallacy. The key word is the if. Yes, if God exists, then you Christians win the argument! You can just stop there.

An alternative argument you could make is to enumerate possible good reasons God might have for allowing the disaster. And don’t say, “Well—who knows?—it might be this.” No, you must make a convincing, non-hand-waving argument showing us how things could plausibly be objectively better after the disaster. Otherwise, why imagine God might have good reasons if you can’t come up with any?

Second, apologists look at the value of natural disasters. Maybe they’ll say that earthquakes are part of a natural process that recycles minerals. Or that hurricanes are just part of the weather cycle, and we don’t complain about that part of the weather that’s gentle spring rains and warm summer sun, do we?

This is the inept argument that desperate apologists like John Lennox make to assist his impotent god. It’s actually humans’ fault, he’ll add, because we build in flood plains or near coasts or on fault lines.

(Okay, today we can blame humans for some of this, though it would’ve been nice for God to have guided city placement centuries ago, before we knew the science.)

And if earthquakes are necessary, God could just clip their magnitude. The energy of a magnitude 8 earthquake could be channeled into 30,000 magnitude 5 earthquakes (the second option is a gentler way to release the same amount of energy). Tornadoes could be steered away from towns. Rainstorms could be spread out to avoid flash floods. Droughts and locusts could just be eliminated. God is magic, remember?

Why doesn’t God heal amputees?
Because they don’t deserve their arms,
they deserve to die.
That’s what the Bible teaches.
Sorry if you don’t like that!
— video blogger VenomFangX 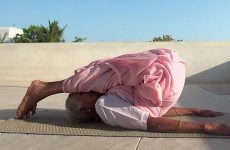 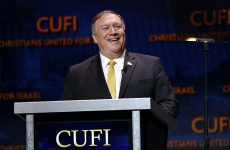