Shawn Bolz, a prominent pastor in Los Angeles who has prophesied about many things from Kanye West to President Trump, told Fox News his number one mission is to make hearing from God normal for everyone.

The 45-year-old Christian author and speaker acknowledged that when most people think of prophecy, or “hearing from God,” they picture a subgroup of people like the bad guys in a zombie film, but “we’re trying to rebrand and dignify what it is to walk with God.”

The founding pastor of Expression 58, who is married and has two daughters, 5 and 6, points to believers in the spotlight — Vice President Pence, former Gov. Mike Huckabee, artist Justin Bieber and West — who claim to hear from God on a regular basis. 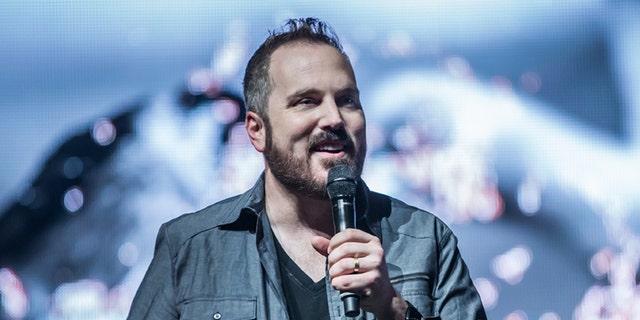 Shawn Bolz, 45, is a California pastor who teaches on the prophetic, hoping to make it mainstream and in every home that wants it. (Bolz Ministries)

“We are all, as humanity, wired to hear from God – both people who know Jesus and don’t know Jesus,” Bolz said, citing the book of Daniel as an example. “A lot of the way we hear him is through symbols, signs, and dreams, but we can hear him in so many different ways.”

The host of the “Exploring the Prophetic” podcast, with at least 24 years of experience, said prophecy isn’t just God saying he loves you like a Valentine’s Day card, but can be very specific and has real-world consequences.

“Prophecy is the ability to connect to the God of the Bible in real-time,” he explains. “Actually having an encounter with his heart.”

Prophecy is the ability to connect to the God of the Bible in real-time.

He said most of his prophecies come true. But he’s quick to admit he’s been wrong at times.

“I told one family a diagnosis of a family member who had cancer and told them I thought God was going to bring healing, and she died a few months later. I took responsibility.”

“Sometimes we take risks – we take hundreds of risks – I wanted to take responsibility to let them know they didn’t do something wrong,” he explains. “It was on me and I’m still learning.” 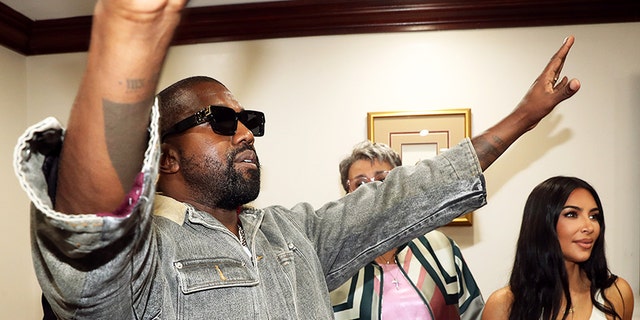 The “Translating God” author uses his prophecy about West to help teach others. West had a very public conversion in 2019 as a born-again Christian, holding Sunday Service events with a choir. The rapper-turned-gospel artist released his “Jesus Is King” album toward the end of the year.

Roughly four years ago, when West was hospitalized after suffering a breakdown, Bolz publicly declared several times “we aren’t ready for the coming influx of new Christians…God showed me Kanye West as a prophet and worship leader in Christianity.”

At the time, most people couldn’t even imagine such a conversion, yet the nation has witnessed it, and Bolz believes God is going to continue changing the Kardashian family. 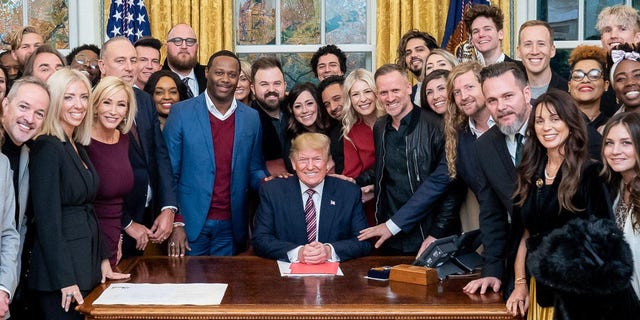 President Trump surrounded by a large group of worship leaders from across the country whom he invited to pray for him in the Oval Office Friday. (Official White House Photo by Tia Dufour)

Bolz has another high-profile prophecy about President Trump, who is largely supported by evangelicals.

“I felt like Trump was going to be president twice and that he would have an encounter in his second term, more of an encounter for God and who he is and for his family,” Bolz said. “There’s going to be more boldness in the second term and it’s going to be disruptive, but I think it’s helpful because there’s so many systems in place that are old and tired, and need to be knocked down.”

FROM WASHINGTON TO TRUMP, MOST PRESIDENTS HAVE BEEN CHRISTIAN 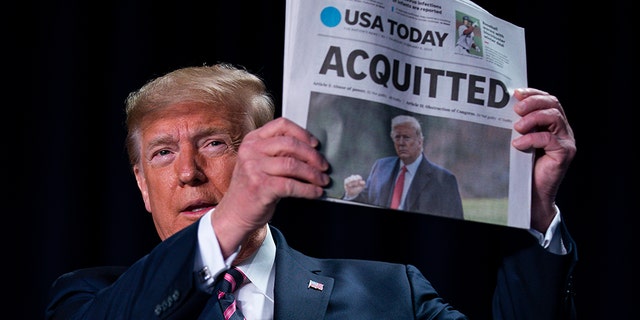 President Trump holds up a newspaper with the headline that reads “ACQUITTED” at the 68th annual National Prayer Breakfast, at the Washington Hilton, Thursday, Feb. 6, 2020, in Washington. (AP Photo/ Evan Vucci)

The pastor said Trump will tackle immigration, finances and tax issues that will be “markers in his presidency.” He will be met with a lot of protests but ultimately have a positive impact.

After Trump took historic action moving the U.S. Embassy in Israel from Tel Aviv to Jerusalem, Bolz said Trump is going to continue fighting for Israel and establishing more credibility for the Jewish State in the Middle East, partly because Trump isn’t afraid of the backlash.

Trump will “fight for Israel until they have a lot more than what they’ve had” in what’s been a hostile environment.

On the United States 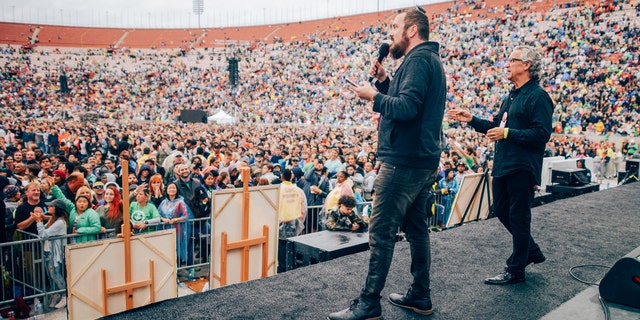 “I believe we’re about to hit — there’s going to be a wave of Christians and conservative people who feel empowered — where they’ve been marginalized or outside of discussions … There’s going to be a pendulum swing over the next 10 years back to the middle,” Bolz said, adding, “There’s been a war in the culture and people are wanting to fight for that.”

He also said he believes God is going to empower people who aren’t typically chosen to solve problems on social justice issues like extreme poverty, homelessness, and foster care.

“There’s going to be great solutions that politicians have tried to solve with money,” Bolz said. “God’s going to use people that have incredible creativity.”

Bill Gates is going to focus more domestically, not just internationally, on some of these issues.

For the next generation 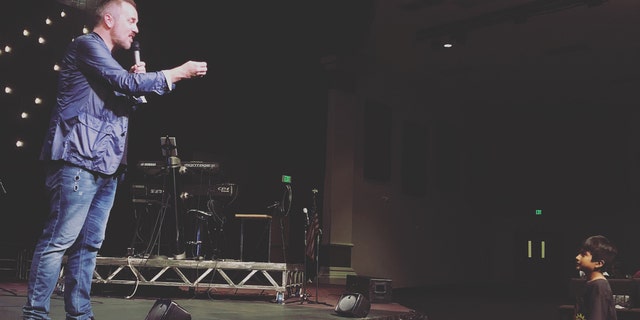 Shawn Bolz gives a prophetic word to a young boy at an event. (Bolz Ministries)

“This is the generation that is missing connection because of our digital devices and we don’t have a lot of face-to-face, but God created us to be the most connected of all his creation and prophecy helps bring that feeling of connectedness to everyone,” he said.

Looking at companies like Amazon, Google and Microsoft that started in garages and expanded, Bolz wants to do the same with the gifts of God.

“I have a dream that the spiritual gifts will be in every household that would want them to bring connection to God the way we were wired,” he said.

One of the ways he is doing that is by hosting Translating God” on TBN, “to teach people the average person how to really connect to God and we’ve tried to really demystify this process.” 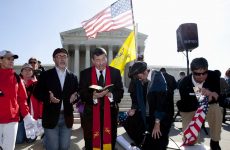 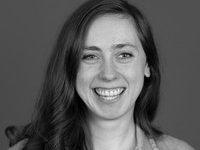 Trump Does Not Speak for These Christians 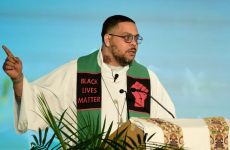