There was a joke I used to make back before I was Christian: I am the most liberal person in a room full of Oxford theologians—and the most conservative at the goth club.I spent half my year as a graduate student in theology at a university where parties often consisted of drunk-singing madrigals and half my year in New York, where I knew more self-identified witches and “nontheistic Satanists” than I did resurrection-affirming Christians. I was, invariably, a stranger in a strange land.

I grew up in New York, Paris and Rome, the daughter of an ethnically Jewish mother who took me to enough Christmas and Easter services that, come Passover at my cousins’ house, I was asked to play the Pharaoh in the annual puppet show. I grew up with an Algerian last name, Sidhoum, and a first name that changed depending on the country we were in. “There isn’t a St. Tara,” my mother told me the first time she called me Isabella abroad. “So Italians won’t know how to pronounce it.” Burton, which we adopted belatedly, had been my actress grandmother’s stage name.

I was, invariably, a stranger in a strange land.

Religion only contributed to that sense of strangeness. Throughout my childhood, I kept an altar that was a fusion of Roman saints’ icons and Wiccan candles I purchased on the internet. I was a little bit Catholic, a little bit Episcopalian, a little bit Jewish, a little bit pagan. Then, in my late 20s, I discovered I was a Christian.

I do not mean that I realized I believed in God. Nor do I mean that I decided to become a Christian, which would imply more agency on my part than I experienced. I mean only that somewhere, between all the running and the raging, the trans-Atlantic crossings and the reconfiguring of names, I had something to hold fast to. I had something I had to hold fast to. For the first time, there was a part of me I could not run away from.

Christians are meant, of course, to be in this world but not of it. Alienation—that feeling of not quite belonging—is integral to Christian identity.

Alienation—that feeling of not quite belonging—is integral to Christian identity.

But for me, the most demanding part of embracing Christianity was sacrificing the safety of in-betweenness. I could no longer be a little bit pagan. Halloween parties that ironically-but-not-really celebrated witchcraft, say, or other staples of my at-times aggressively secular New York life were no longer simply curious parts of my spiritual eclecticism. I had to pick a side.

For the first time, I had to ask myself questions not just about what it all meant in an abstract way but what each decision—from posting on Instagram to choosing an outfit to drinking too much to hosting a party to committing to monogamy to planning a wedding—meant for me, as a Christian, in the framework of my Christianity. If God was real, if Christ really did come back from the dead, then nothing else mattered except insofar as it reflected that one hideous, impossible truth.

At times, I did not think I could stand it. How could I make any decision—hell, even leave the house—so shackled to the moral weight of every choice I made? How could I be a Christian all the time and still have a glass of Prosecco, still go to that goth club, still live in a largely secular, intensely bohemian New York that I both loved and no longer knew how to find my place in?

I have not yet fully reconciled what it means to be a person of faith and what it means to so love a city so associated with sin. But what I do know is that I don’t tell that joke anymore. Wherever I am—be it a theologians’ dinner or a night on the dance floor—I am the same person, with the same faith. I can never not be a Christian. And I am always, finally, home. 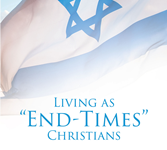