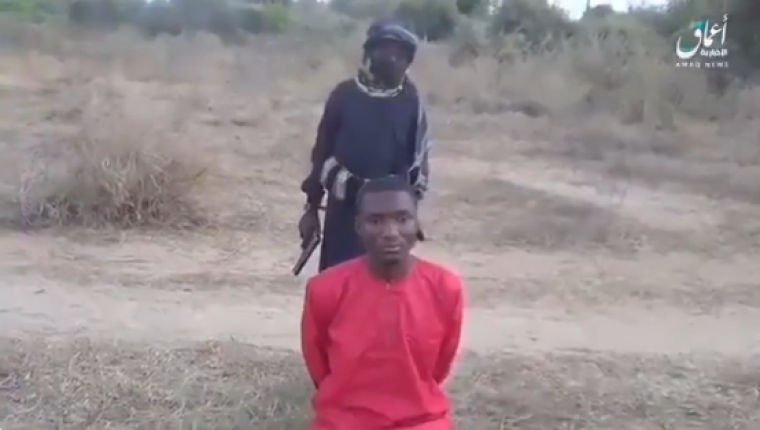 The Nigerian man who was executed by a child militant in a video released by a Boko Haram offshoot group aligned with the Islamic State days ago has been identified as a 22-year-old Christian college student.

Ropvil Daciya Dalep hailed from the Pankshin Local Government Area of the Plateau state and attended the University of Maiduguri in Borno state. His execution video gained media attention this week.

Dalep was a biology major who was returning to school from Christmas break when he was abducted on Jan. 9 allegedly by the Islamic State West Africa Province, according to the United Kingdom-based NGO Christian Solidarity Worldwide.

Dalep was taken along with fellow Plateau state native and 20-year-old zoology major Lilian Daniel Gyang and another person who was later released.

According to Solomon Maren, a federal legislator from the Plateau state, Gyang is still in captivity. In a statement released by his media team, Maren stated that extremists have made it known that they are targeting “Plateau people” as they also executed two carpenters from the state last year.

“The terrorists clearly stated why they are targeting Plateau people when the citizens of Plateau have long resolved their differences and are leaving peacefully together,” Maren said. “I call on the federal government and security agencies to brace up to their obligation to prevent further [loss] of lives which cannot be tolerated.”

According to Christian Solidarity Worldwide, the video of Dalep’s execution shows the kneeling victim being shot in the head by the masked child who speaks in both Arabic and Hausa.

In the video released by the Islamic State-affiliated Amaq News Agency, the child reportedly claims that Dalep’s killing was revenge for the “bloodshed” committed by Christians.

According to Director Rita Katz of the SITE Intelligence Group, the child militant in the video is approximately 8 years old.

“There is NO end to #ISIS‘ immorality,” Katz wrote in a tweet about the video.

Katz sees parallels between the Dalep execution video and the execution videos released in previous years during the Islamic State’s reign in Iraq and Syria.

“The video is not just another piece to #isis’ honed-in targeting of #Christians of recent years, but also a throwback to its older propaganda from Iraq & Syria of brainwashed children carrying grisly executions. This new vid from ISWAP shows a repeat of the same indoctrination.”

The Dalep video follows another video released by Amaq in December showing the execution of 11 Christian aid workers in Nigeria allegedly in response to the killing of Islamic State leader Abu Bakr al-Baghdadi.

ISWAP, which declared its allegiance to the Islamic State in 2016, split from Boko Haram after Baghdadi tried to replace Boko Haram’s leader with one of his choosing.

The Islamic State has risen to prominence in Africa as it also has active cells in nearby countries like Cameroon, Burkina Faso, Chad, Niger and Mali.

According to a 2018 report from the Combatting Terrorism Center at the U.S. Military Academy at West Point, estimates suggest there could be as many as 6,000 Islamic State-aligned militants spread over nine different cells in Africa.

In Nigeria alone, thousands upon thousands have reportedly been killed in recent years due to the rise of radical Islamic extremism and the radicalization of Fulani herdsmen.

Following the death of Andimi, the Christian Association of Nigeria released a statement criticizing the lackadaisical response by President Muhammadu Buhari and his administration to the rise in violence.

“It is reprehensible and saddening that each time the government comes out to claim the defeat of the insurgency, more killings of our people are committed,” the CAN statement reads.

“Maintenance of security is the least responsibility of any government that knows its worth. We are once again calling on President Buhari to purge himself of the allegations of nepotism and religious favoritism by reconstituting the leadership of security outfits.”

Nigeria ranks as the 12th worst country in the world when it comes to Christian persecution, according to Open Doors USA’s 2020 World Watch List. In December, Nigeria was placed for the first time on the U.S. State Department’s Special Watch List for countries in which severe religious freedom violations are tolerated.

“The great tragedy of Nigeria’s ineffectual response to Boko Haram and Fulani herdsmen is now parts of Cameroon and those other areas like Burkina Faso are greatly affected,” said Open Doors CEO David Curry at a World Watch List launch event last week. 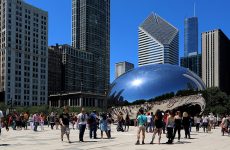